Face your studies, nothing like arms importation in Ogun - Customs to NANS 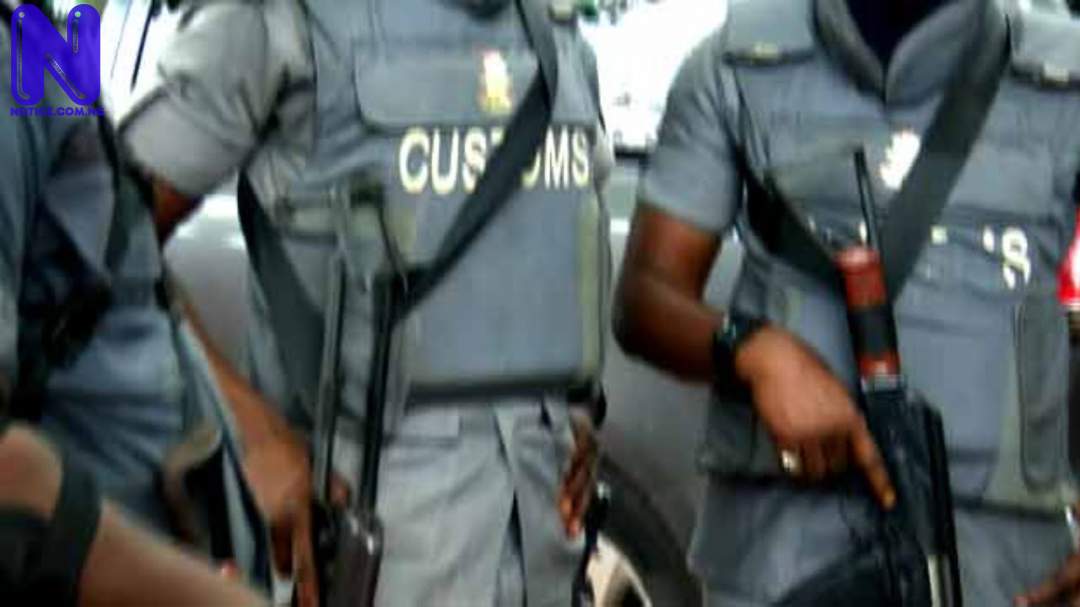 The Nigeria Customs Service (NCS), Ogun Area Command has fired back at students in the state, warning them to focus on their studies instead of levelling "malicious allegations" of purported arms smuggling against the command.

Press reported on Thursday that students in Ogun State had for alleged arms smuggling into.

But describing the student’s claims as lies capable of misleading and likely to create unnecessary tension in the state, the NCS totally debunked the allegations.

Oloyede maintained that the command had since fortified the numerous illegal routes through which contrabands are smuggled into the country with aggressive patrols and had stepped up its anti-smuggling operations in the state to checkmate the nefarious activities of the enemies of the state.

The Ogun Custom’s spokesman said the allegation of smuggling activities taking place during the daytime is only in the imagination of the fabricator of the story, saying "The tightened security architecture in the state today by Customs and other security agencies will not permit smuggling of contrabands and other prohibited items at night time not to talk of during the day."

He said since the resumption of the current Area Controller, CC Peter Kolo, the command had recorded over 1,500 seizures of various contrabands and prohibited items ranging from foreign rice, foreign used vehicles, shoes and clothing, tomato paste, Sativa (Marijuana), and petroleum products made for export since the beginning of the year.

The statement read in part: "In as much as the command does not want to join issues with the so-called students, their sponsors and collaborators, we want to advise them to focus and concentrate on their studies and school activities so that they graduate in record time and be better citizens tomorrow, instead of offering and allowing themselves to be used as tools for blackmail of an individual and government institution.

"Oratorically, where were the authors of this malicious publication when officers and men of the Customs Service were being daily attacked with AK47 rifles, locally produced guns, pistols and other dangerous weapons with charms by daredevil smugglers, who are their brothers and sisters, cousins and uncles in the state. In most of these attacks, officers are injured, killed and government properties destroyed (vehicles and buildings set ablaze). What did they do and what did they say? These are the same elements and groups that carried placards and demonstrated to the Government and State House of Assembly last year December 2020, alleging incessant killings of their citizens by customs, what hypocrisy.

"Let the general public know that these allegations are baseless, unfounded, mischievous, dangerously misleading and aimed at causing distractions to our operations and security architecture in Ogun State and the country and should therefore be disregarded," Oloyede submitted.