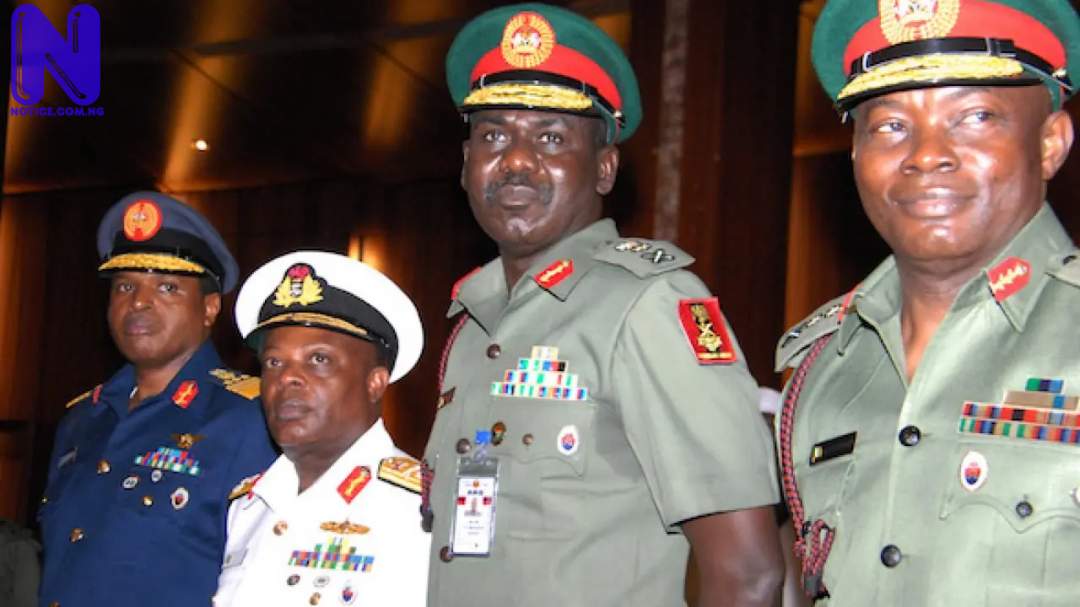 The All Progressives Congress (APC) says the Ex-Nigeria Service Chiefs had remarkable achievements while in office.
John Akpan Udoedehe, Secretary of the National Caretaker Committee, made the remark in his statement on Tuesday.
Udoedehe hailed the appointment of new top shots by President Muhammadu Buhari.
“We are confident that the new service chiefs will consolidate on the remarkable achievements of their predecessors in keeping the country safe and peaceful”, he said.
The party scribe appealed for support for the new military heads and urged increased synergy within the Armed Forces.
“As a nation, our strength remains in our diversity and we should continue to forge unity in that diversity. We urge peaceful coexistence and mutual understanding among Nigerian People”, his statement added.
The new chiefs are Major-General Leo Irabor – Chief of Defence Staff; Major-General I. Attahiru – Chief of Army Staff; Rear Admiral A. Z Gambo – Chief of Naval Staff; Air-Vice Marshal I. O. Amao – Chief of Air Staff.
They replace Chief of Defence Staff, General Abayomi Olonisakin; Chief of Army Staff, Lt-Gen. Tukur Buratai; Chief of Naval Staff, Vice Admiral Ibok Ekwe Ibas; Chief of Air Staff, Air Marshal Sadique Abubakar.