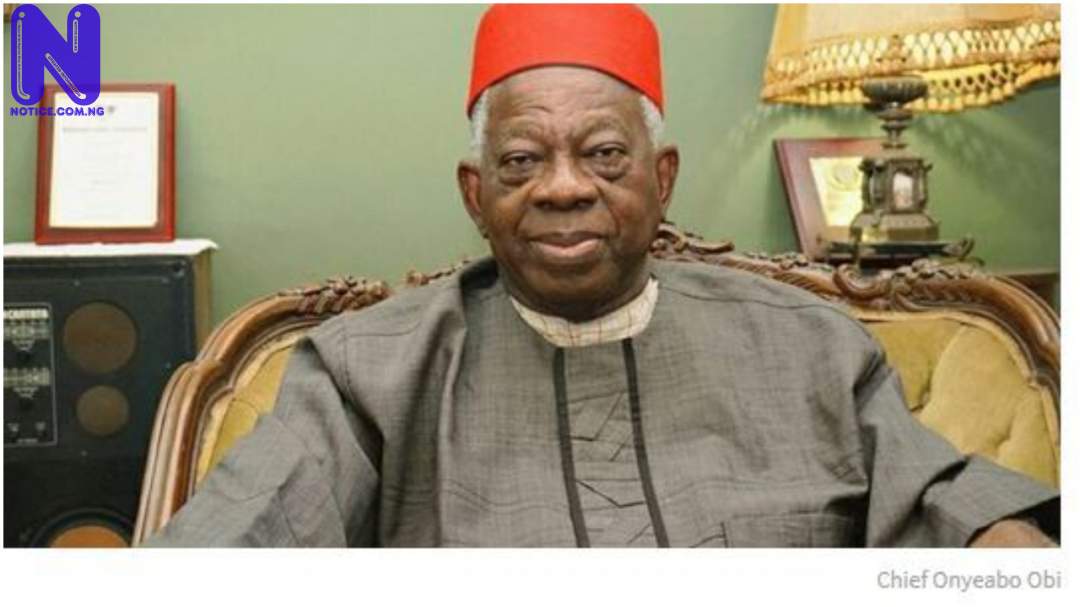 A Ex-Senator, Onyeabo Obi is dead.
He passed away at the age of 82.
His brother, Zik Obi wrote, confirmed the passing in a statement.
“I wish to personally inform members of Otu Oka Iwu that my eldest brother and past President of Otu Oka Iwu and Bencher, Senator Onyeabo Obi, Os’oji Nnewi, passed on to greater glory.”
He added that due to the COVID-19 safety protocols, “physical condolence visits are not necessary or encouraged”.
Obi was an international business lawyer.
He served on the Advisory Committee on Rules of the Supreme Court of Nigeria.
Born November 20, 1938 in Ogidi, Anambra State, Obi attended St Cyprian’s School, Port Harcourt (1943-50), and Hope Waddell Training Institution, Calabar (1951-55).
He studied at North-Western Polytechnic, London (1958-59), and later London School of Economics and Political Science (1959-62).
The deceased was Director, Nigerian Rubber Board (1977-1979), and a Senator (1979-1983).