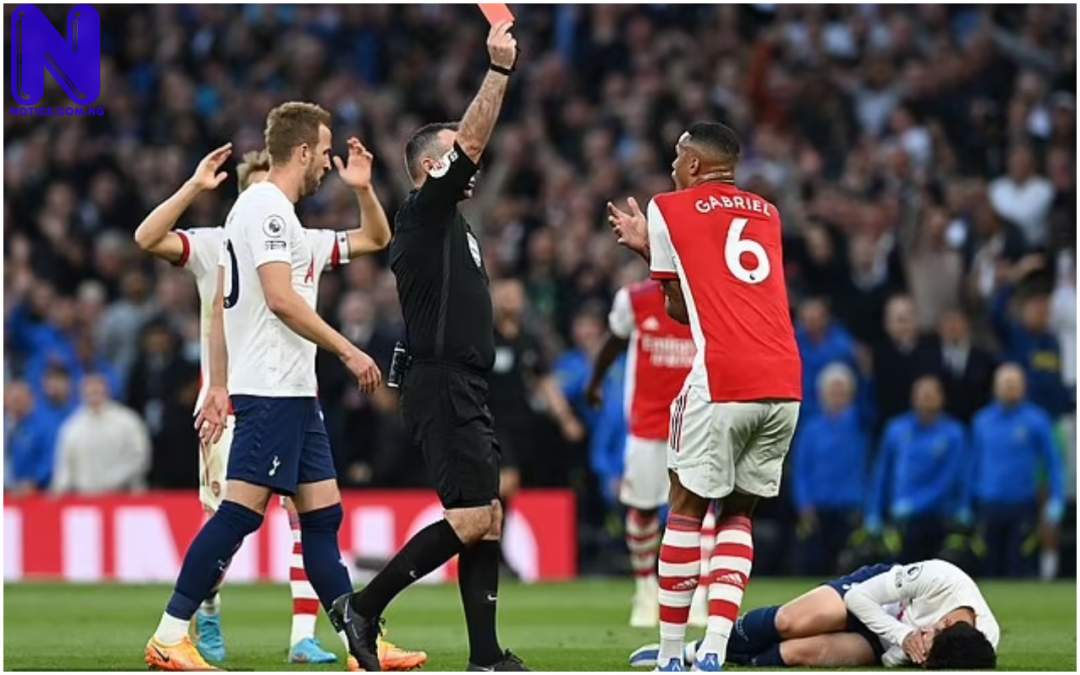 Ex-Premier League referee, Mark Clattenburg has weighed in on some of the key decisions taken during Tottenham Hotspur’s Premier League derby 3-0 win over Arsenal on Thursday night.

Tottenham secured a vital win in their bid for a fourth-place finish this season and now sits just a point behind Arsenal in the league table, with just two games remaining.

Both teams contested another lively north London derby, but it was fraught with decisions that didn’t go down well with the Gunners, starting with a penalty.

Cedric Soares shoved Son Heung-min inside the box, conceding a spot-kick which Harry Kane converted to put Spurs in front.

However, Clattenburg, who has officiated almost 300 Premier League games, felt it was soft contact, but referee Paul Tierney was still right in giving it a penalty.

“This was a defining decision in a match with so much riding on the result and I am not sure I would have given this. Technically, Paul Tierney wasn’t wrong,” Clattenburg told Sportsmail.

“We were shown a replay of what the referee could see from behind and it looked like a nudge in the back from Cedric Soares on Son Heung-min.

“But if we are going to give this as a penalty, I could find plenty of other examples when the same ‘foul’ has occurred in the box in other games,” he said.

He added, “The inconsistency is frustrating because when this happens next week in another Premier League game, will it be given? Maybe. Maybe not. Unfortunately for Arsenal, Tierney considered it a clear foul and Harry Kane said thank you very much.”