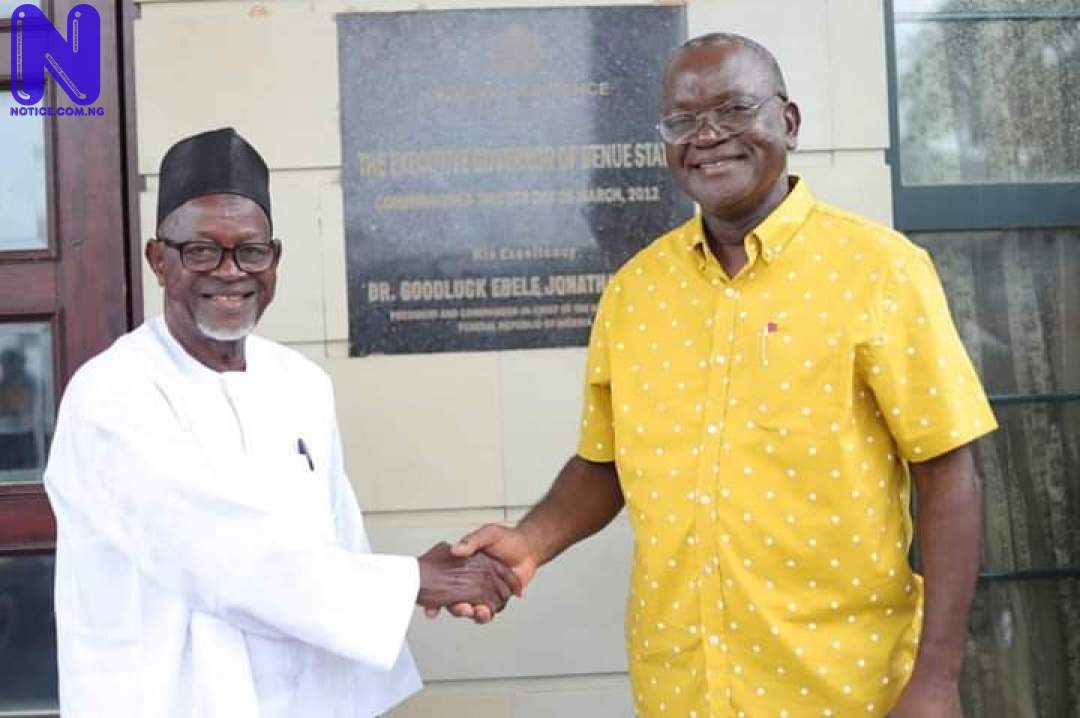 Ex-Deputy Governor to late Aper Aku of Benue State, Alhaji Sule Iyaji, has lauded Governor Samuel Ortom on his strive to ensure the protection of lives and properties of Benue People.

According to him, Governor Ortom has similar leadership attributes as his Ex-principal.

Alhaji Sule made the remark on Friday when he visited Governor Ortom at the Benue Peoples House Makurdi.

He stated that the state is blessed to have leaders like Ortom, describing him as brave, straightforward and proactive just like his Ex-principal,

He noted that as an agrarian state, anything that touches Benue farmers must worry the leader, pointing out that when a focused and determined man leads, the followers are inspired.

He expressed satisfaction that Governor Ortom had taken steps to complete some of the projects their administration started while also initiating numerous other projects during his tenure.

Governor Ortom on his part, thanked the Ex-Deputy Governor for the visit to encourage him saying that it was a privilege to host him.

The Governor prayed God to grant Alhaji Iyaji long life so he could continue to positively impact the younger generation.