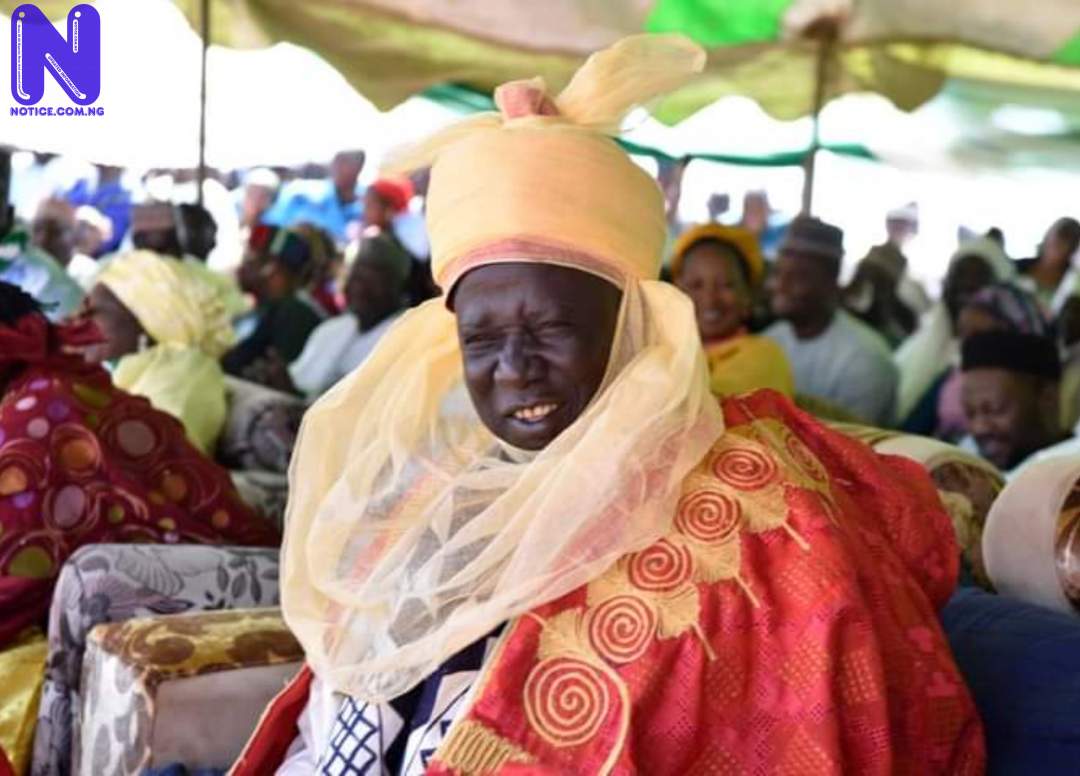 He died in Kaduna, early morning on Wednesday at the age of 90.

Confirming the death of Esu Chikun, HH Danjuma Barde, on Wednesday, Kaduna State Governor, Mallam Nasir El-Rufai, said the late monarch was a traditional leader, peacemaker, who promoted peace and embraced the diversity that development and modernity had brought to his chiefdom.

In a statement by Mr. Muyiwa Adekeye, Special Adviser to the Governor (Media & Communication),

Dr. Barde was a peacemaker who did not flinch from the challenges of modernity but who fully embraced the possibilities of diversity.

“Governor El-Rufai stated this in a condolence message to the Chikun Traditional Council and the family of HH Dr. Barde who passed on this morning.

“This accommodating and constructive attitude has brought immense socio-economic dividends to the people of Chikun Chiefdom which is host to many of the most significant investment projects the government has attracted to Kaduna State since 2015.

“He noted that Dr. Barde was courageous and outspoken, but always in the interest of peace, unity and progress.

“Malam El-Rufai said that Kaduna State is grateful for the positive attitude of the late Dr. Barde. He prayed God to grant him peaceful repose, to comfort his family and the entire Chikun Chiefdom," the statement said.

Alhaji Yusuf Ibrahim Zailani in a statement signed by his Special Adviser on Media and Publicity, Ibrahim Dahiru Danfulani, noted that the first class traditional ruler who died in the early hours of Wednesday prayed that may the good Lord grant him eternal rest.

According to Zailani, “l am deeply saddened by the demise of the Etsu Chikun who has provided exemplary leadership and worked with dedication to promote integration among the diverse population of the Chiefdom and the entire state.”