Erica suffered hatred, got disqualified because of my son says Terry Waya - BBNaija 2020 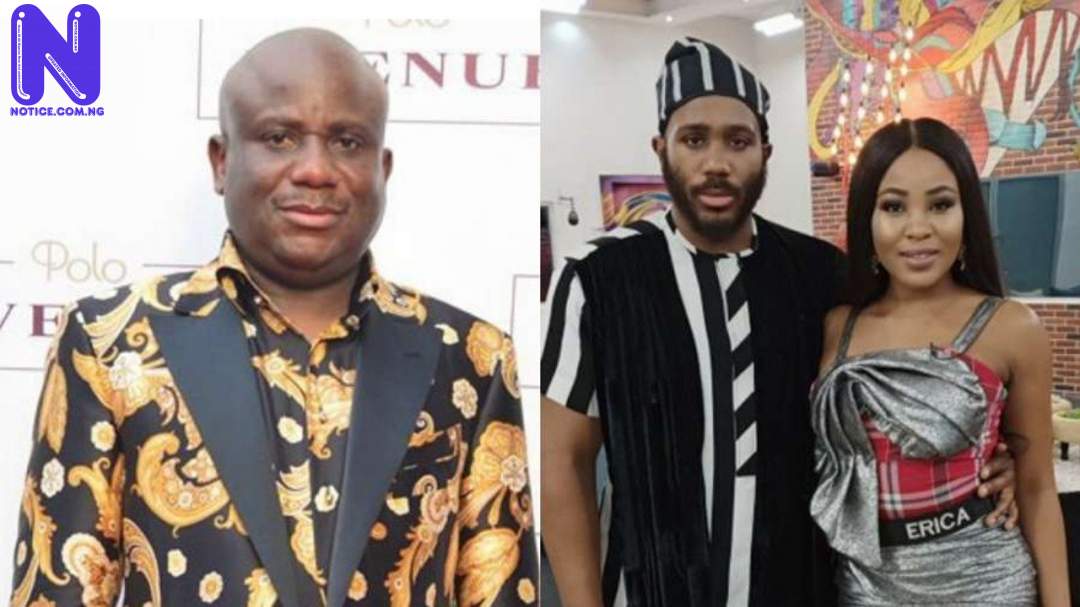 Terry Waya, the billionaire father of Big Brother Naija lockdown housemate, Kiddwaya, has said that the disqualified housemate, Erica, got into trouble because of his son.
Erica unceremoniously left the Lockdown house on Sunday after flouting several house rules.
Among other offenses she was found guilty of, Erica poured water on the Head of House bed in order to stop Prince, her deputy, from sleeping on it.
She was also found guilty of peeping through the camera window and trying to confront the production team.
The Abia-born ex-housemate also threatened to kill fellow housemate, Laycon outside the house.
As if that wasn’t enough, she also used the prohibited word ‘vote‘ while discussing with Kiddwaya.
Before Saturday night incidents, Erica was already on two strikes, meaning that just one more would see her leave the reality TV show.
But Mr. Waya believes that all Erica did was for his son, Kidd.
“She really stood behind him and I appreciate that. I’m happy she’s somebody who’ll protect my son because I know he’s carefree, he doesn’t keep malice or keep anything in mind,” he said on Instagram live interview.
“He looks at everybody as a friend and doesn’t think anybody has anything against him.
“But Erica, being cleverer and smarter, was able to see behind the scene that the same people he was laughing, joking, and doing things with were not reciprocating the feelings that he had for them and she saw it and took it upon herself to defend him.
“She really really defended him. She fought the people there and in the process of defending him she went into that problem that she had .
“At a point, a lot of the housemates started hating Erica because of my son. To me, she’s a wonderful person. She’s nice…” He added.