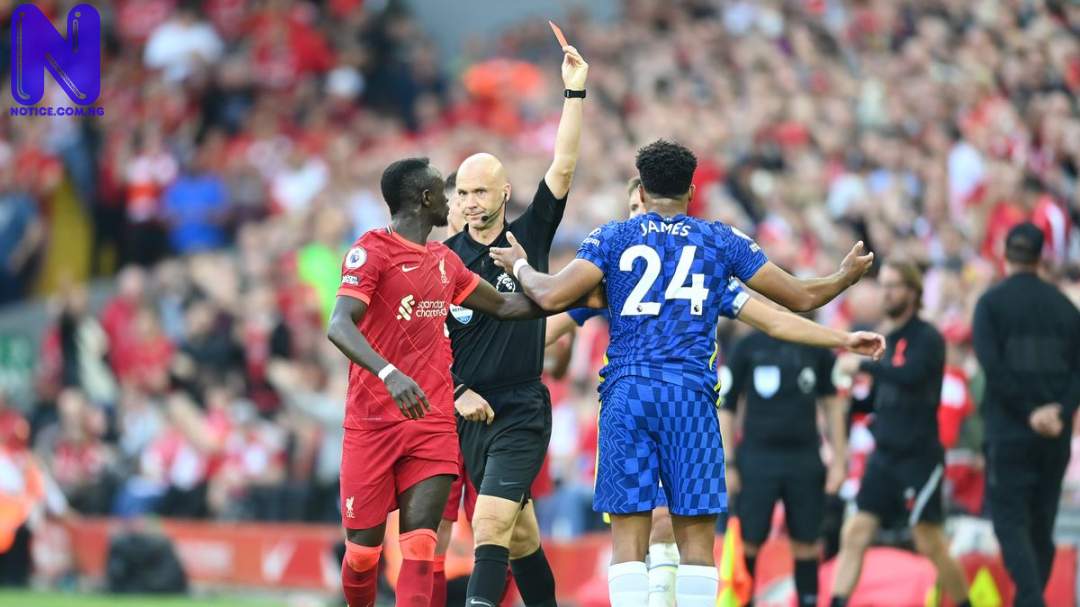 This follows the 1-1 draw with Liverpool on Saturday, during which Blues defender Reece James was sent off in the final moments of the first half.

Taylor checked the VAR monitor briefly before showing the red card and awarding a penalty.

Two petitions calling for him to be banned from officiating Chelsea matches have garnered 40,000 signatures each.

Thomas Tuchel’s men were leading 1-0 thanks to Kai Havertz’s header, when Sadio Mane’s shot hit James, who was on the goalline.

The ball bounced off his right thigh before making contact with his right arm, as he then appeared to move towards the ball with his arm to clear it away.

READ ALSO >>> What I told referee, Anthony Taylor after the game – Mourinho - Tottenham versus Chelsea

Having initially waved play on, Taylor was called over to the pitchside monitor before making his decision. Mohammed Salah tucked home the resulting spot kick.