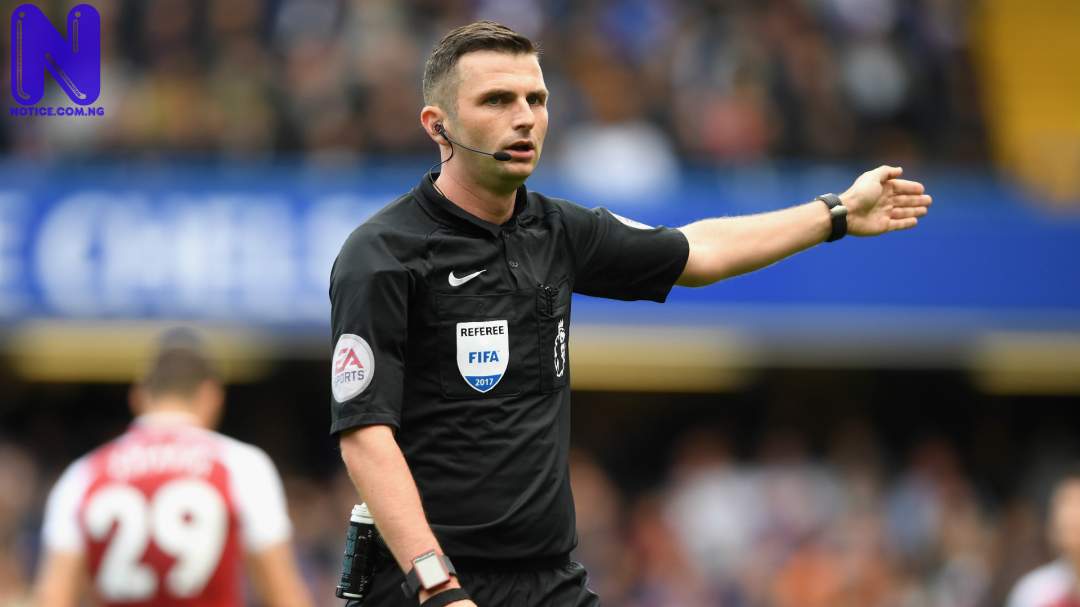 Premier League referee, Michael Oliver, has rated his decision to award Chelsea a penalty in the FA Cup final against Manchester United as one of his best calls.
Oliver pointed to the spot in the 20th minute of the encounter, after Phil Jones had fouled Eden Hazard.
Hazard stepped up and converted what would be the winner.
Officials only get one opportunity to referee the FA Cup final at Wembley and getting such a crucial decision right made the occasion all the more special.
Oliver told the Daily Mail when asked about his best calls: “I refereed the FA Cup final between Manchester United and Chelsea in 2018.
“It is still the single biggest domestic cup game in the world and it finished 1-0 to Chelsea, who won the match with a penalty that I gave when Phil Jones bought down Eden Hazard.
“It was the right FA Cup final with VAR but the only goal came from something that I have myself with no intervention and which was proved correct.
“You only referee the Cup final once. It helped to make it a good weekend.”
—