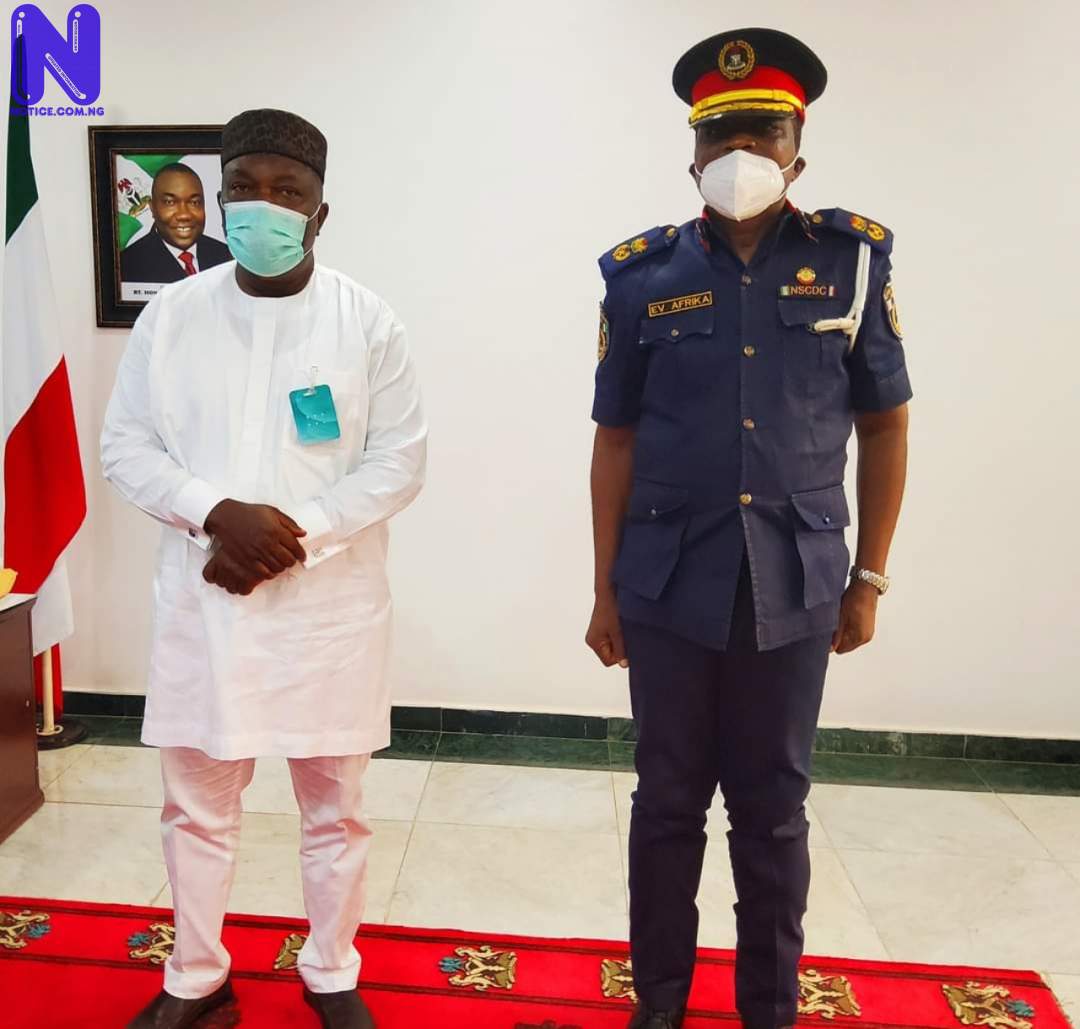 The new Commandant of the Nigeria Security and Civil Defence Corps (NSCDC), Enugu State Command, Commandant Africa Valentine Ezenyimuru, has commended Governor Ifeanyi Ugwuanyi’s peace and development initiatives.
He said he was impressed to observe that a lot of people were flooding into the State because of the enduring peace and good governance entrenched by the Governor.
Speaking when he paid a maiden courtesy visit to Gov. Ugwuanyi at the Government House, Enugu, on Wednesday, Commandant Ezenyimuru, also applauded the governor for the cooperation and support his administration has continued to extend to the security agencies in Enugu State, to ensure that the existing peace and good governance in the state are sustained.
The NSCDC Commandant, who was accompanied by his management team, equally thanked the governor for his hospitality and accommodating spirit, saying: “Because of the peace that rules in Enugu State, people are flooding into this state. You (Ugwuanyi) said that Enugu State is in the hands of God and you are attracting peace unknown to you”.
Speaking further, Commandant Ezenyimuru disclosed that “through intelligence gathering, one of those we interviewed told me that it is only in Enugu that they can sleep with their two eyes closed; that they have not seen a peaceful state better than Enugu State”.
The new Commandant who informed Gov. Ugwuanyi that the essence of the visit was to formally introduce himself to him, assured the governor of his cooperation and support towards the full actualization of his administration’s sound vision for the state, especially in the area of peace and security.
“This place (Enugu) is the regional headquarters of the old Eastern region; the population is high and a lot of people do come here, mainly because of the peace that rules in this state”, he said.
Responding, Gov. Ugwuanyi formally welcomed the NSCDC new Commandant to Enugu State and assured of his administration’s willingness to support and cooperate with him and his team to actualize the Command’s set objectives in the state.