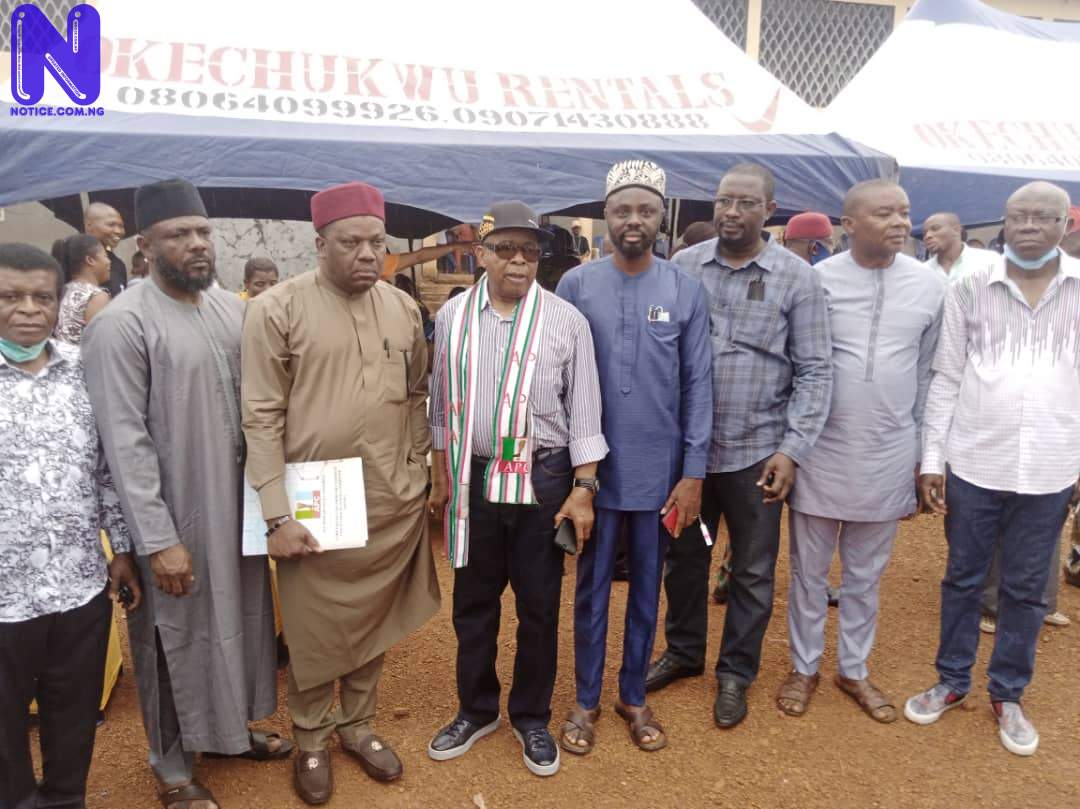 The chairman of the All Progressives Congress, APC, ward congress Committee in Enugu State, Dr. Ijeomah Arodiogbu has said that the result sheets for the election conducted on Saturday are not missing.

Press had reported that fillers from the 260 wards showed that the officials deployed to the various wards did not come with the result sheets.

The development is already raising concern among members of the party in the State.

The chairman of the party in the State, Dr. Ben Nwoye had also

But the chairman of the Congress Committee, Arodiogbu, who praised the members of the party for their orderly conduct and oneness, said the result sheets were intact.

He stated that he had also informed the INEC Resident Electoral Commisioner, REC, in the State about the congresses which he said led to the process being properly monitored by the electoral body.

He said if 260 result sheets were missing, there won’t be harmony and peace in the excercise amongst party members.

It is unclear why the result sheets were not brought to the election venues.

Meanwhile, in Amechi Ward 2, the ward of the South-East representative in the National Caretaker and Extraordinary Convention Planning Committee and one time Senate President, Senator Ken Nnamani, the Congress went without hitch as party members in their hundreds conducted themselves peacefully electing their ward officers, local government delegates and state delegates via consensus.

Delighted with the crowd and the enthusiasm showed by the party members present, Senator Nnamani attributed such democratic behaviours to the vision of the Mai Mala Buni-led leadership, which was determined to entrench true democracy in the party.

In Udi, Trans-Ekulu and Ekeh, the ward congresses also witnessed peaceful conduct with the ward delegates electing their 27 members.

In Ekeh ward, which is the home ward of the Minister of Foreign Affairs, Geoffrey Onyeama, Press had reported that delegates arrived as early as 10: 30 AM to elect their ward officers.

Speaking to members after the event, Onyeama stated that he was satisfied with the conduct of the congresses and commended the Enugu State Ward Congress Committee for ensuring fairness all over the state.

In Udi, a one time Governor of Enugu State, Barr. Sullivan Chime endorsed the ward congress as the best he had ever seen, describing the process as peaceful and as a victory for democracy.


BREAKING >>> IGP Alkali charges police officers to get married to themselves