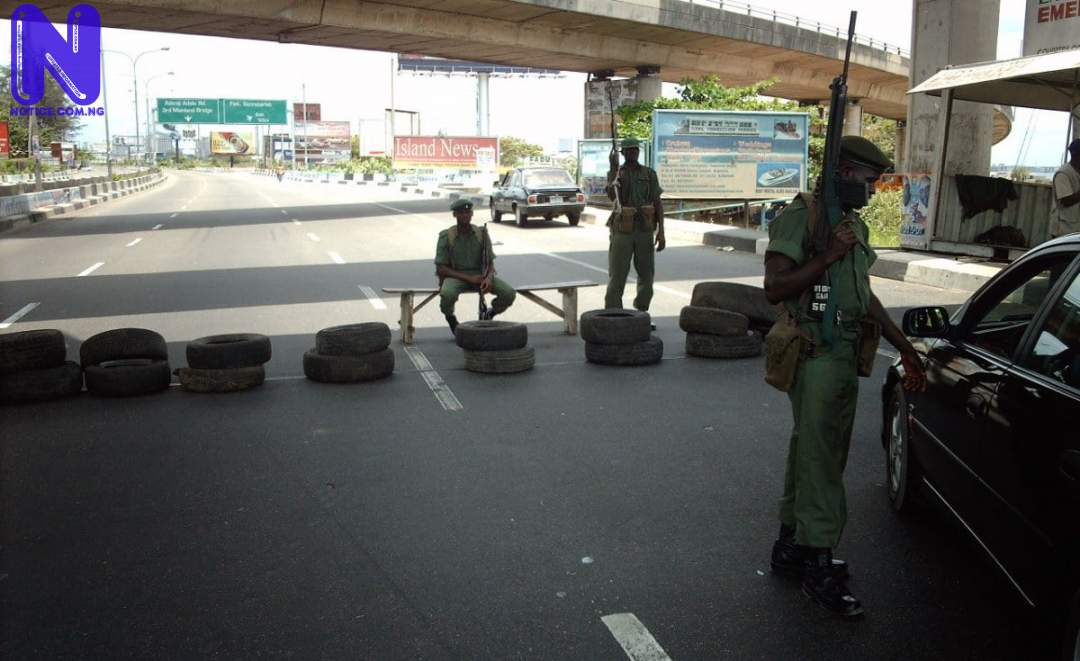 The Police in Enugu State have confirmed the deadly attack on its officers at a checkpoint in Obeagu-Amechi Community in Enugu South Local Government Area.

Press reports that the community is one of the outskirts in the Enugu metropolitan area.

Bodies of at least four policemen were seen after the attack, with some passersby, including a pastor also said to have fallen victim of the deadly incident.

It is unclear the number of casualties on the side of the unknown gunmen behind the incident.

A police patrol van was set ablaze by the gunmen during the attack.

Spokesman of the Police in the State, ASP Daniel Ndukwe, who confirmed the incident, said "Information surrounding the shooting incidents in the evening hours of today, 21/07/2021, where Police Operatives were allegedly attacked by yet-to-be-identified gunmen at checkpoints in Obeagu-Amechi in Enugu South LGA and Amagunze in Nkanu East LGA are still sketchy.”

He said that preliminary investigations have commenced assuring that further development will be communicated.

Sources hinted that the attack which started at about 5:30 pm on Wednesday at a busy spot at Mmiri Ocha Amodu lasted till 7pm.

A source said he identified four policemen, one pastor and a neighborhood watch officer among the dead who were taken to the University of Nigeria Teaching Hospital, Ituku – Ozalla mortuary.

According to the source, "the gun battle was so fierce, it happened along Obeagu – Amechi Road to Agbani Nkanu a few kilometers from Enugu State capital.

"There was confusion and tension while it lasted, people were running in different directions. I think the policemen were totally caught unawares," he said.

Another source disclosed that an ambush was laid for the fleeling gunmen by operatives of Amagunze police division, adding that some of them were killed.