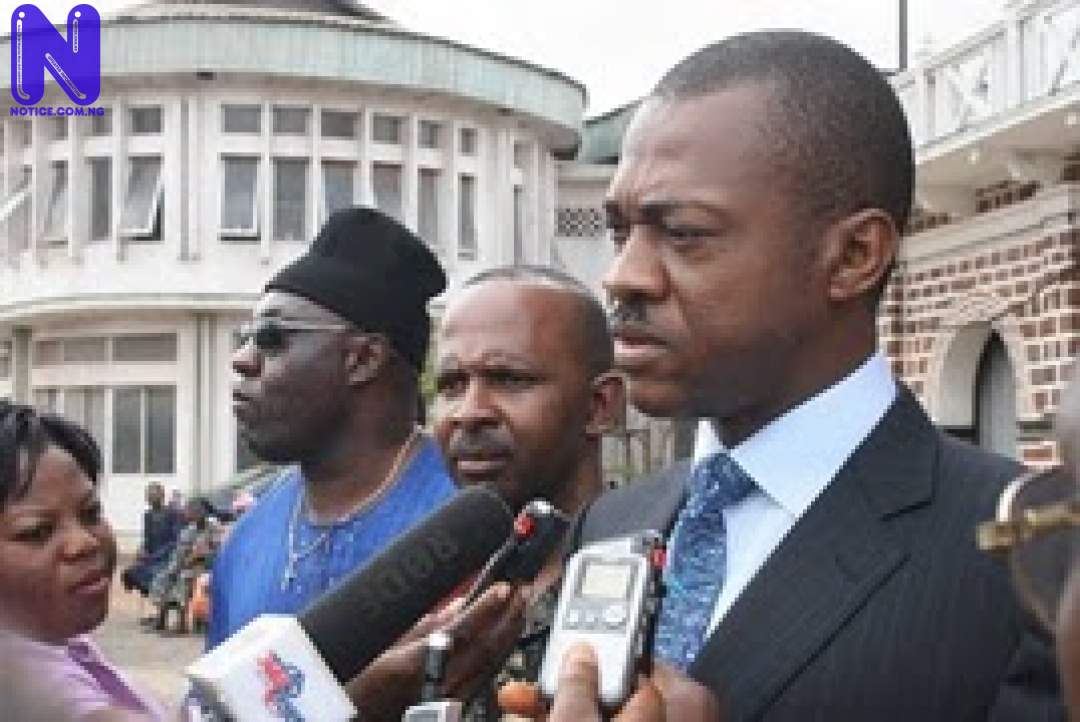 The Enugu State Government has described as false and misleading the testimony by the Deputy Governor of the State, Mr Sunday Onyebuchi that Governor Sullivan Chime operates a poultry and piggery at the Government House.

A statement signed by Chukwudi Achife, the Chief Press Secretary to Governor Chime, further said the Deputy Governor’s claims were intended to deceive the public.

He explained that while the Government maintains an Agric Unit as part of the Government House structure where livestock are kept for slaughter to serve the needs of the staff as well as both the governor and deputy governor’s premises, the unit was neither operated nor owned by the Governor.

Achife said: “Our attention has been drawn to media reports credited to the Deputy Governor in which he alleged that Governor Chime owns a poultry and a piggery inside the Government House.

“Much as we would not want to join issues with His Excellency, the Deputy Governor (Onyebuchi), it has become necessary for us to put the records straight.

“The unit is manned by civil servants including a veterinary doctor. Funds for its maintenance are provided for in the annual budget of the Government. The unit also serves the Deputy Governor. As a matter of fact, staff of the unit slaughtered a cow from the unit at the request of the Deputy Governor on August 4, 2014.

“So, if as the unit as he (Onyebuchi) erroneously claims belongs to the Governor, why should it form part of the state’s annual budgets? Why would the Deputy Governor request the unit to slaughter cows for him from its livestock holding?”

Continuing, Achife said: “It is important to clarify that the said Agric unit is not within the Governor’s residential premises but a unit in Government House, which has other units like the Press unit, Drivers’ unit, among others. The Agric unit serves the purpose of holding livestock for periodic slaughter for use by Government House staff, the Governor’s lodge and the Deputy Governor’s lodge. It was on the strength of this fact that he (Onyebuchi) requested the staff of the unit to slaughter a cow for him from the unit’s holding on August 4, 2014, and this was done.

“Now, the other question to ask is, since the Deputy Governor is fully aware of the existence of this unit and benefits from its services, why was he operating another one? The truth, in spite of that, is that he was operating a commercial poultry with his own staff, including as he admitted in his evidence, a marketing manager.

“The poultry in his residential quarters was relocated after he refused all official entreaties to do so, being fully aware that running a commercial poultry within his residential premises, clearly violated a policy of government. So, why would the State’s Number Two citizen violate a policy made by his own Government?”

Meanwhile, on Onyebuchi’s claims on what transpired between the panel and counsel to the parties on the day he slumped, Mr. Nduka Ikeyi, Counsel to the Enugu State House of Assembly at the panel investigating the allegations of gross misconduct against the Deputy Governor, noted that some of the news reports on the proceedings had been “most inaccurate and full of conjectures” adding that there also appears to be a deliberate effort to exclude reportage of evidence considered damaging to the Deputy Governor’s defence.

According to him, none of the reports had so far reflected the evidence given by witnesses to the House of Assembly, nor did they reflect evidence elicited under cross-examination from the Deputy Governor’s witnesses.

Regarding the said inaccuracy of the reports, Ikeyi said it was, for example, completely untrue, as reported in some newspapers that the Panel continued proceedings after the Deputy Governor slumped on Wednesday, while being led in evidence by his counsel, Mr. Peter Eze.

He said that contrary to the report, the Panel rose immediately the Deputy Governor was rushed out of the court room, and later invited counsel on both sides to discuss how to deal with the situation.

As stated by him, “It was then agreed that the Panel should resume by 2pm to receive a report on the doctor’s evaluation of the Deputy Governor’s condition.

“On Thursday (14 August), Counsel to the Deputy Governor reported that he was not yet in a condition to continue his testimony and once again applied for the matter to be adjourned to Monday, 18 August and further stated that the Deputy Governor would be his last witness, meaning that he would no longer require the evidence of the government officials whom he had earlier caused to be summoned”.

Mr. Ikeyi added that he responded that he did not object to the application for adjournment, but requested that since the His Excellency, the Deputy Governor was a public officer in the Enugu State Government, that the Panel should obtain the opinion of a specialist cardiologist from a medical facility operated by the State Government.

He said that he did not, in any way, doubt the competence or objectivity of Dr. Anusiuba, who had seen the Deputy Governor immediately after the unfortunate incident, but added that Dr. Anisuba, who works at the University of Nigeria Teaching Hospital, (UNTH), however saw the Deputy Governor as his private patient and not as a patient of the UNTH.

He wondered where the persons who claimed that the Panel rejected medical advice and insisted that “the Deputy Governor be brought back to the hearing immediately, even in a wheelchair or stretcher” got their story from”.