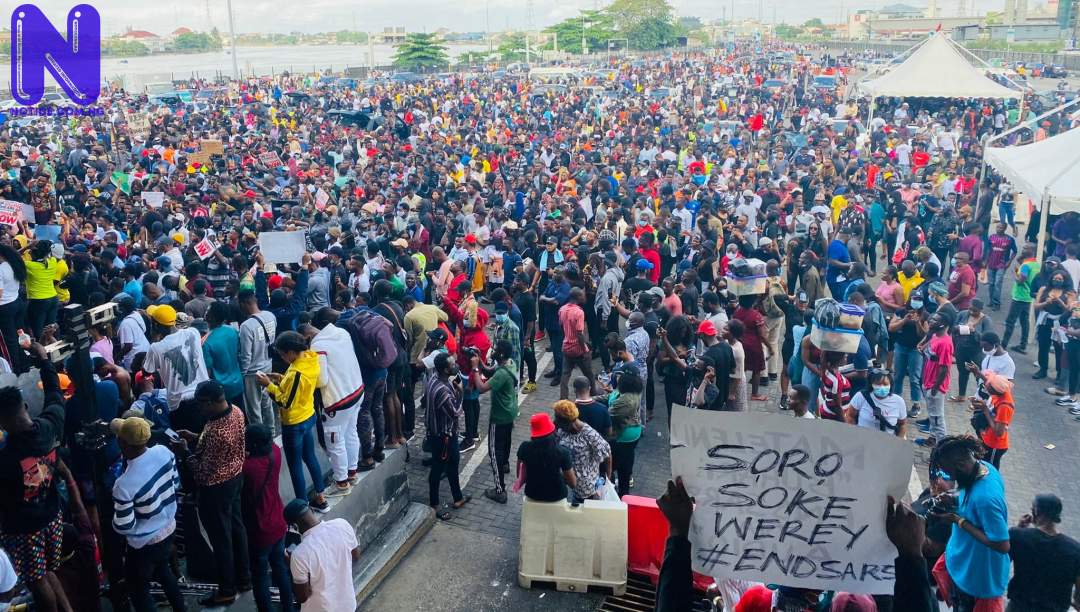 The Muslim Rights Concern (MURIC), has finally reacted to the leaked EndSARS report on the clash between Nigeria's security agencies and protesters at Lekki Toll Gate on October 20, 2020.

The Islamic group handed down a resounding verdict of rejection of the report, describing it as full of loopholes and lacking credibility.

MURIC's verdict was pronounced in a statement on Thursday by its director and founder, Professor Ishaq Akintola.

Recall that the Lagos State EndSARS panel had submitted its report on the Lekki Tollgate shooting last week.

In the report, the panel had indicted the Federal Government, the police and the military.

MURIC’s statement read in part: "In the wake of a Tsunami of rejections which greeted the leaked report of the #EndSARS report, we of the Muslim Rights Concern, having critically scrutinised the report with the aid of experts hereby affirm that the said report is full of loopholes, discrepancies, half truths, irregularities and inconsistencies too many to mention.

"For the sake of clarity, we assert that life is sacred and to that extent we abhor the killing of protesters even if it’s just one person.

"The wording of the report is replete with terminological inexactitude. Exempli gratia, the word ‘massacre' was used to describe the so-called killing of a total of 9 people whereas ‘massacre' is used for the killing of tens, hundreds and thousands of people. This’s symptomatic of a desperation to indict at all cost.

"Nigerian People were made to suffer the trauma of mathematical juggling from DJ Switch's 78 bodies to CNN's 56, BBC's 38 and the feminists' paltry figure of twenty-three which the panel pruned down to 9 bodies. But analysts have even reduced the figure to 3 or 4 after establishing prima facie cases of improper evaluation of evidence. This report can’t stand the test of time.”

The statement added that there were outright lies in the EndSARS report.

It said, “For instance, the Doctor at Reddingtons never mentioned that a dead body was deposited at the hospital, yet the panel claimed on page 287 that he did. Kolade Salami, who was killed in 2019, was listed among the victims of Lekki shootings.”

According to the statement, half of the names were given without addresses, while no relations have turned up to claim bodies and yet the panel recommends payment of compensation to the non-existing families.

“These are some of the reasons the panel's recommendations are laughable, irrational and unrealistic," it concluded.