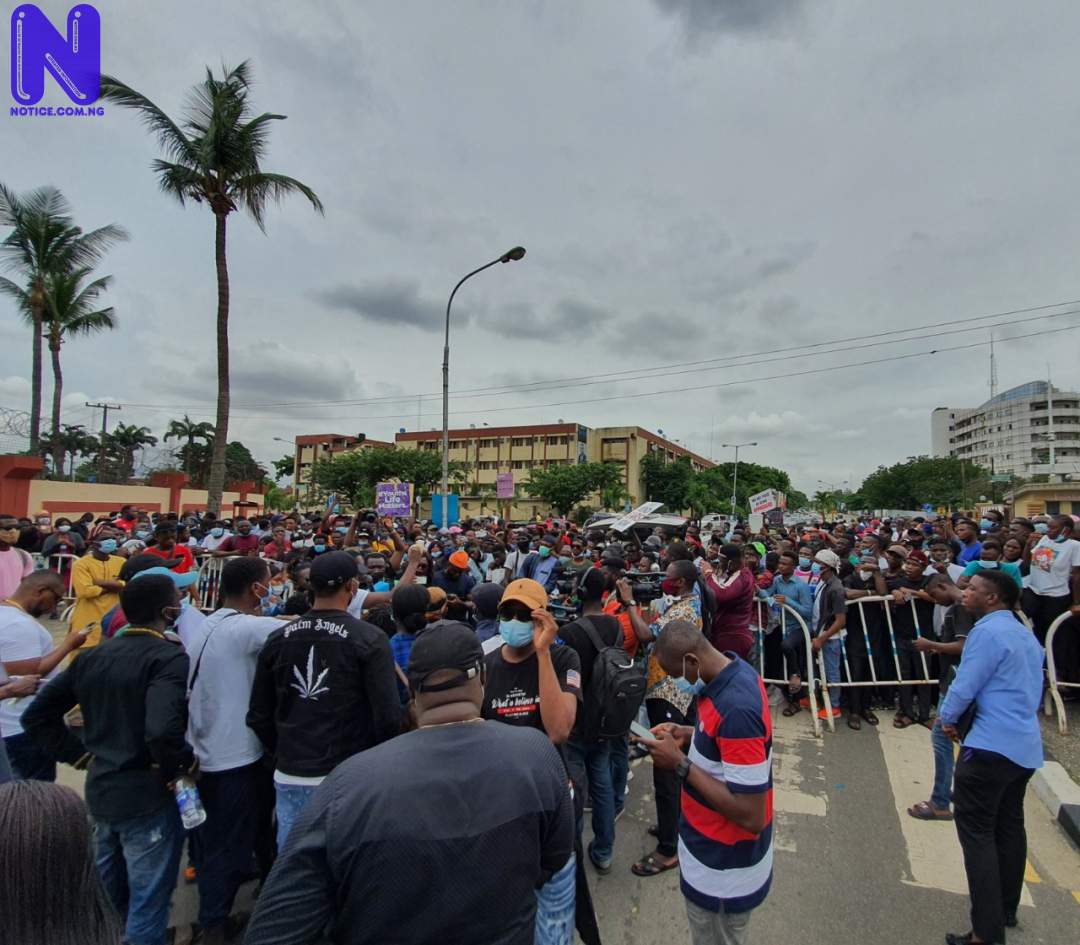 The End SARS protest in Lagos and other Nigerian cities is gaining momentum.
On Friday, hundreds of citizens converged at the Lagos State Government Secretariat in Alausa, Ikeja.
They have also stormed the entrance of the Governor’s Office and the House of Assembly.

Meanwhile, Governor Babajide Sanwo-Olu is in Ondo State for Saturday’s governorship election.
Sanwo-Olu is the Chairman, All Progressives Congress (APC) National Campaign Council for the poll.
It is yet unknown if he’ll abandon his party’s political task for the ongoing situation in his state.
On Thursday, the protesters in Lagos commenced march and have vowed to continue.
The demonstrations were triggered by the activities of the Special Anti-Robbery Squad (SARS).
The unit was established to fight armed robbery and kidnapping.
But personnel attached to SARS repeatedly killed and assaulted Nigerian People.
Most of the culprits are never arrested or prosecuted. In a few cases, the Police either suspended or demoted them.
Tired of SARS impunity, Nigerian People are clamouring that the unit is scrapped completely.
Many are opposed to the idea of reform, insisting that previous promises of such weren’t fulfilled.
Amnesty International has blamed Nigerian authorities for SARS excesses.