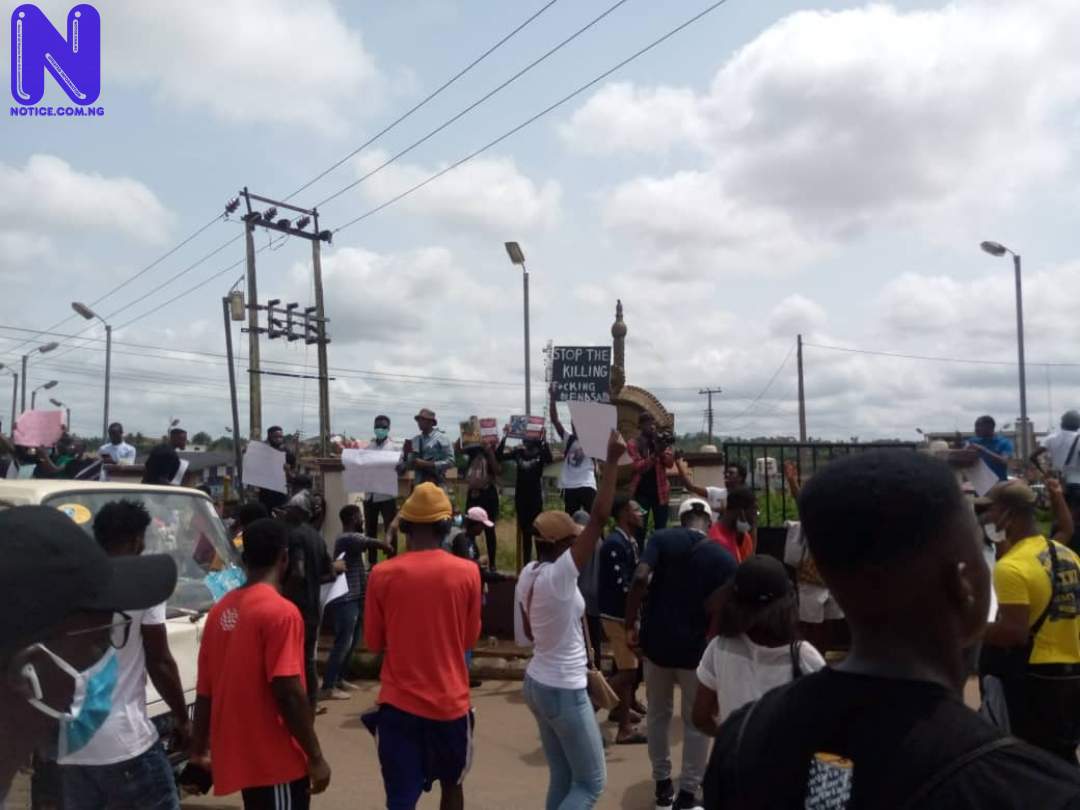 Scores of End SARS protesters on Wednesday stormed the office of the Ogun State Governor, Prince Dapo Abiodun, making several demands.
The protesters berated, the Inspector General of Police, Mohammed Adamu, for setting up the Special Weapons and Tactics (SWAT) squad in place of the disbanded Special Anti-Robbery Squad (SARS).
They rejected the newly established SWAT in its totality, raising concerns that the new police formation may engage in more acts of brutality than SARS.
“We don’t want SWAT with special weapons. Are we criminals?” One of the youths told Governor Abiodun.
They informed the Governor that the disbanded SARS still has an office at Magbon, saying “they still brutalised somebody at Onikolobo.”
“Please tell President Muhammadu Buhari that Ogun State youths are tired. Police should stop brutalising us. They should stop checking our phones. Release all protesters, we are not thieves, we are not armed robbers,” they said.
Reacting, Gov Abiodun identified with the protesters, assuring them that they will not see any police brutality in Ogun State again.
According to him, the Ogun Commissioner of Police, Edward Ajogun, has been under instructions in the last 48 hours to ensure no case of police brutality is reported again in the state.
“It won’t happen again,” Abiodun said as he begged the youths to allow for the implementation of the reforms from the government.
Video: