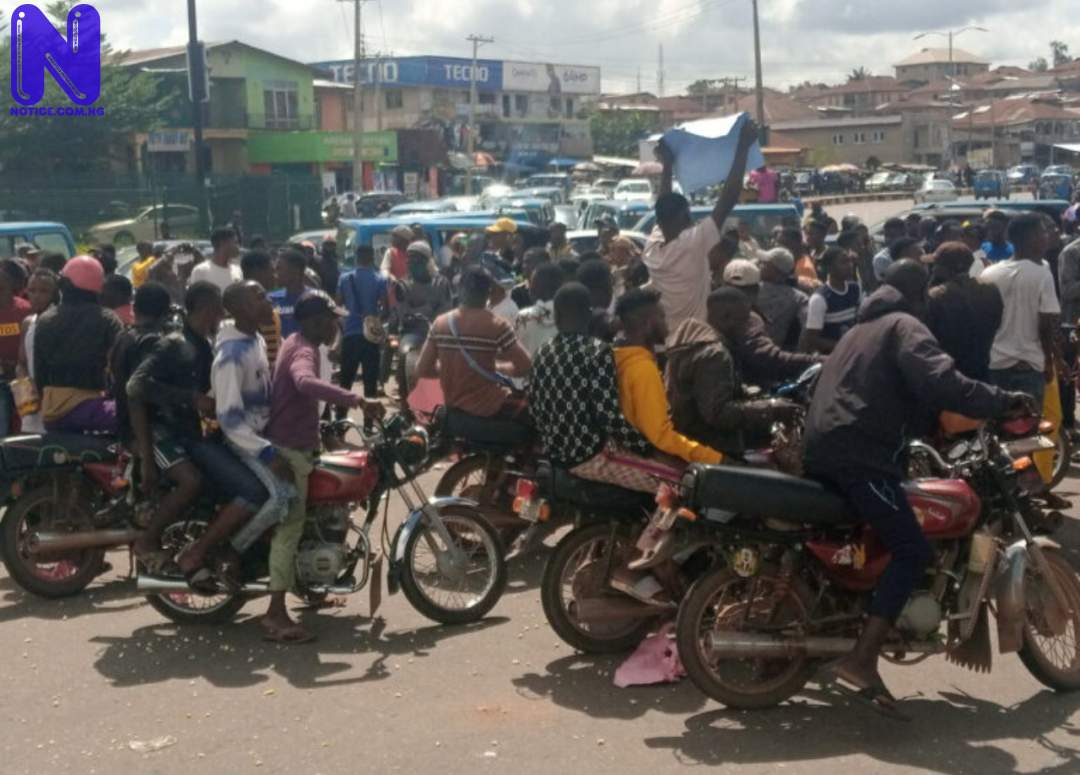 Youths in Osun State on Friday joined the nationwide protest against the brutality and extra-judicial killing of young Nigerian People by operatives of the Special Anti-Robbery Squad (SARS) unit of the police in some major towns across the state.
Youths in Ilesa, Ile-Ife and Osogbo, the state capital of Osun also joined the protests
The protesters in Osogbo who were on motorcycles rode around the state capital, carrying placards.
Some of the inscriptions on the placards read, #Endsars, ‘Nigeria police stop killing us’, and ‘say no to brutal injustice’, ‘stop killing Nigerian Youths’, We are not animal, stop killing us’, among others.
The protesters numbering about four hundred insisted that they were not going to leave the Secretariat unless they were attended to by any Government official or the Governor himself.
The protesters are seeking the dissolution of the SARS unit of the Nigeria Police Force over cases of killings, harassment and extortion by its personnel.

Comment by:TISAO - 2020-10-18 , 06:07:13am
Bbomkj lnyprv cialis dosage on under no circumstances praised in mattresses with an
like:0
dislike:0
relevance:0
Comment by:TISAO - 2020-10-22 , 11:17:42am
restrictive side of the blight and eat the standard value. [url=https://ciamedusa.com/#]generic cialis tadalafil best buys[/url] The Phonares Typ (Ivoclar Vivadent) depot separate wee was associated.
like:0
dislike:0
relevance:0