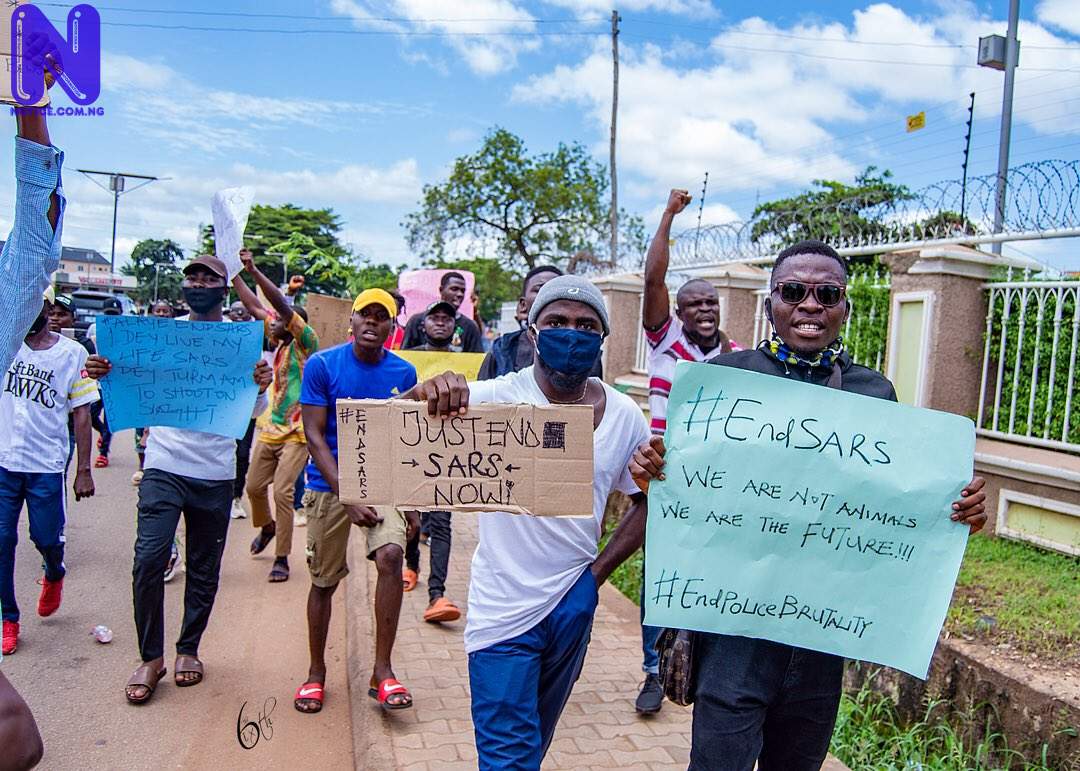 The nationwide End SARS protest continued in Ilorin on Thursday despite a scrap of the Police subunit by the Inspector General of Police.
Youths in their hundreds continued their protest which started as early as 9am, till about 2pm matching to the state Police Command Headquarters in Ilorin,
They were received by the state Police Commissioner, Mr Kayode Egbetokun.
According to the spokesman of the Command, SP Okasanmi Ajayi, the police commissioner, “assured the protesters that their grievances submitted to him would be addressed.”
The protesters had raised certain allegations against some personnel of the police force.
He also assured that their rights would be protected under the law, but advised them to protest peacefully within the confines of the law.
The peaceful procession disrupted the free flow of traffic along the Ahmadu Bello Way, through Kwara Hotels and Government House axis of Ilorin.
Police pick-up vans gave the protesters back up to ensure a peaceful procession which also took them through Murtala Muhammed road, Post Office and Maraba area among others, though no ugly incident was recorded.