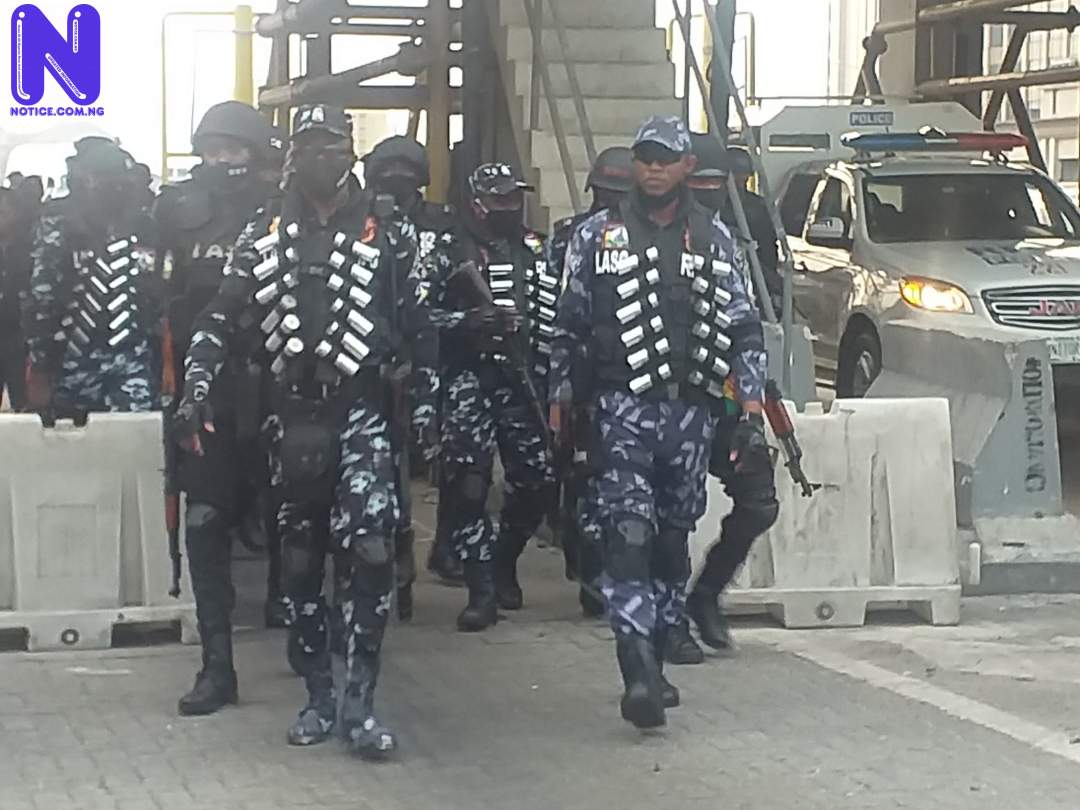 The Police have dispatched teams of operatives along the Lekki corridor ahead of Saturday’s End SARS protest at the toll gate.
The Rapid Response Squad (RRS) of the Lagos State Police Command confirmed the deployment.
“CSP Yinka Egbeyemi is presently leading a team of police officers on a show of force to Lekki Toll Gate (Admiralty Plaza) Obalende, Ikoyi, Jakande Roundabout, and other areas in Eti Osa”, RRS tweeted Friday night.
The Police department said this was “part of efforts to deter crime as well as boost the morale of his officers in the areas”.
Two opposing camps – #OccupyLekkiTollGate and #DefendLagos – are planning separate protests on Saturday.
The call for Saturday’s protest commenced after the 9-member of the Lagos Panel of Inquiry approved the reopening of the toll plaza.
The chairman, Justice Doris Okuwobi and four others ruled in favour of another application by the Lekki Concession Company (LCC).
Others were DIG Taiwo Lakanu (Police), Lucas Koyejo (National Human Rights Commission), Segun Awosanya (Segalink) and Oluwatoyin Odusanya (Citizens Right).
The opposers were Ebun-Olu Adegboruwa (SAN), Patience Udoh (Civil society), Rinuola Oduala and Temitope Majekodunmi (Youths reps).
On Friday, Oduala stepped down from the panel. The young activist alleged cover up.