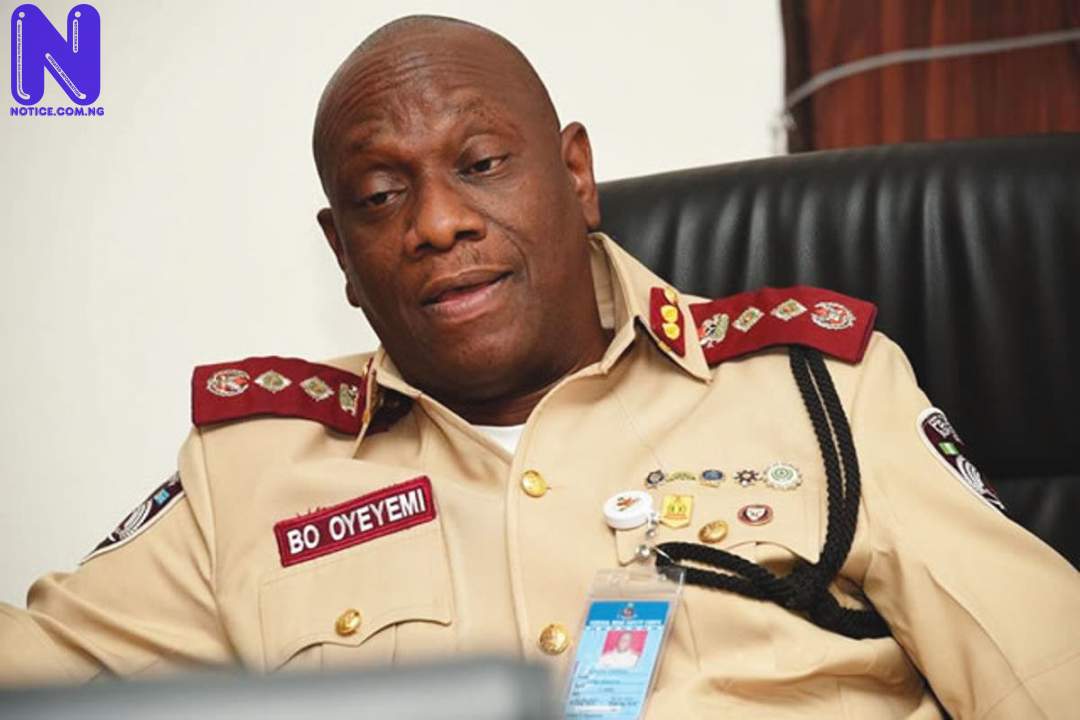 The Corps Marshal of the Federal Road Safety Corps (FRSC) Boboye Oyeyemi has described the End SARS destruction and looting at the Corps’ zonal office in the Adamawa State capital, Yola, as the worst in the country.
Oyeyemi who made an assessment tour of FRSC facilities in Yola and other parts of the state on Tuesday following destruction and looting of the facilities last month reiterated that the destruction in the FRSC facilities in Adamawa State is enormous.
“We suffered losses in many states and the FCT, but from what I have seen, Yola’s case is the worst,” Oyeyemi said during a news briefing shortly after inspecting the FRSC Zonal Headquarters located on Numan Road, Yola.
Lamenting the losses, the FRSC boss said, “They carted away everything. The things they couldn’t take away, they destroyed.”
He said the action of the vandals was barbaric, adding, “This was not a protest but a predetermined vandalisation.”
Oyeyemi and all who accompanied him on the tour of the expansive zonal office of the FRSC in Yola noted that the End SARS vandals reduced the place to a carcass of itself.
Curtains, doors, chairs, tables, fans, air conditioners, and computers were removed; even files were carted away, reducing the two-storey zonal headquarters structure into a hollow, pitiable sight.
The mosque and chapel buildings within the premises were not spared, as everything removable in them was removed and taken off.
Oyeyemi said the FRSC was relying on pledges made by the Federal Government and the Adamawa State Government to fix the damage done by the vandals.
He said, “We have assurances of support from the Presidency, which is fine because there is no way our allocation can fix what we need to fix here. The Adamawa State government has promised to intervene too. We need all such interventions to get this place to work again.”