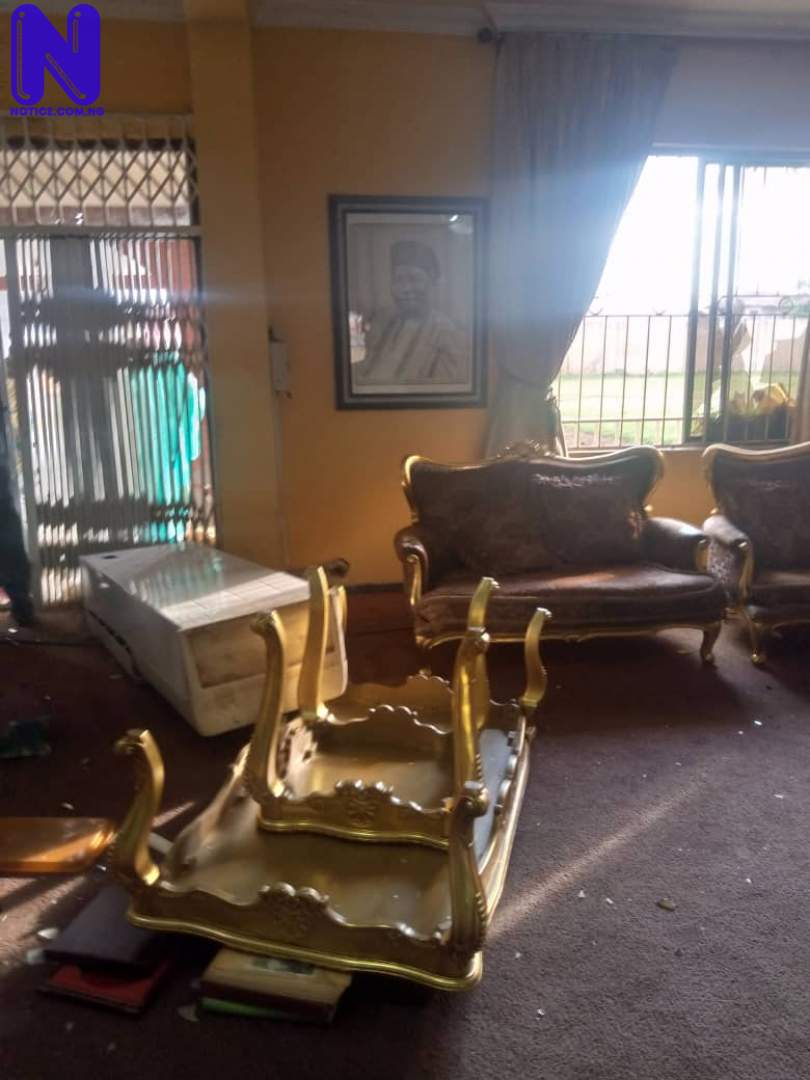 Sunday Dare, Minister of Youths and Sports, has been attacked.
He and others including the Soun of Ogbomoso, Oba Oladunni Oyewumi, were stoned on Sunday.
The incident occurred at a meeting at the monarch’s palace.
Dare gave a brief of the incident on Twitter.
The minister noted that the youths demanding End SARS are peaceful but that the protests have been hijacked.
“Hoodlums, thugs & miscreants disrupted stakeholders meeting in Soun’s palace now-invading, stoning and breaking doors, glasses.
“Soun, myself and council chiefs were scurried into safety by the police and DSS. Ogbomoso youth are law-abiding. But hoodlums have taken over”, he tweeted.