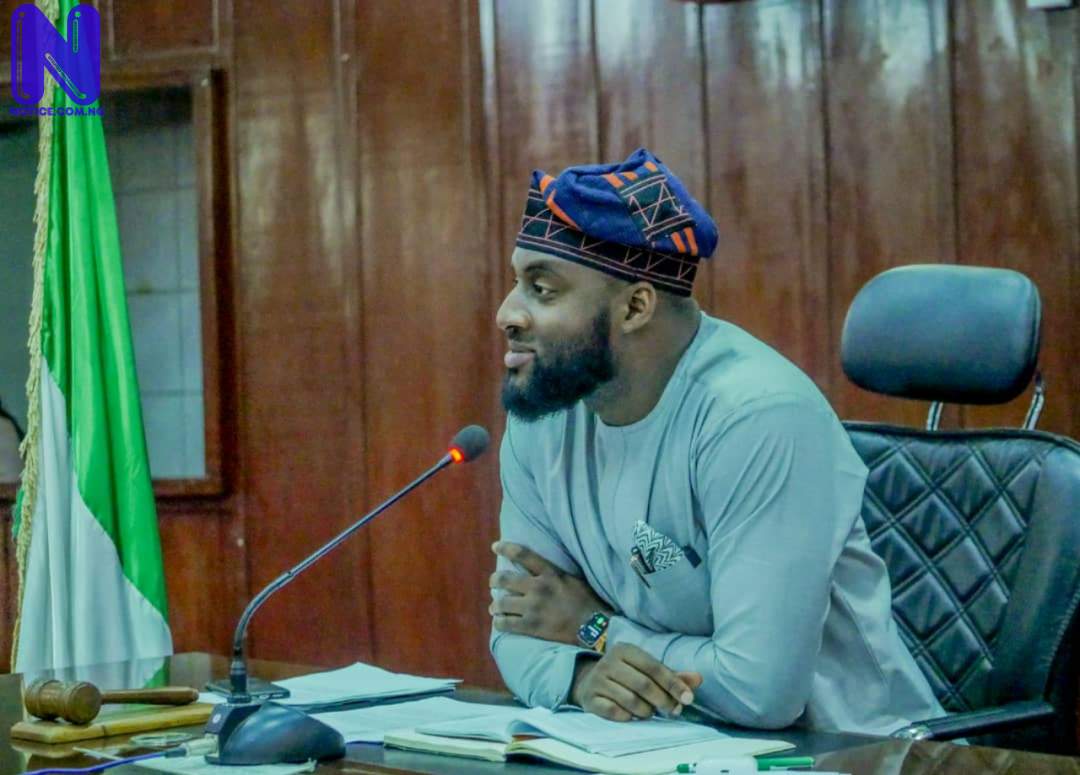 Speaker of Oyo State House of Assembly, Hon. Adebo Ogundoyin, on Tuesday, declared that it is time the federal government under President Muhammadu Buhari harkens to the popular call for the total overhaul of the Nigeria Police Force.
Ogundoyin said that he is calling for an end to police brutality across the country.
He made these declarations when he joined End SARS protesters who gathered at the main entrance of Oyo State Secretariat, Ibadan.
The Speaker said total reform was long overdue in the Nigeria Police Force.
He stressed that the protest by Nigerian People on the activities of men of the NPF especially SARS shows that people could no longer tolerate excesses.
Ogundoyin who was handed one of the placards by the ENDSARS protesters applauded Buhari’s decision to disband SARS.
He, in spite of that, added that men of the Nigeria Police Force have continued to arrogate too much unbridled power to themselves hence the strong criticism from different quarters.
“There abound cases of human rights abuses by the officers of the Nigeria Police while their rascality continues with impunity. The civil populace is daily being traumatized by the police whose statutory duty is to protect them.
“To me, this has become unacceptable and unbearable. I therefore see the agitation for an end to police cruelty from Nigerian People especially the youth as commendable. Many of the officers behave unprofessionally and unethically particularly when they are in uniform. There must be a total review of the laws establishing the force in line with International best practices.
“I also want to say that there must be regular training for our police officers so as to constantly keep them informed and abreast of their professional ethics and dictates especially in handling cases and in arresting and relating with suspects.
“May I also say that their salaries need to be reviewed upward as the small take home may be responsible for the way they extort money from the citizens. Above all, I think to get the best out of our police officers, they must equally be well motivated to boost their morale as the job of policing is really a tasking and challenging one”.