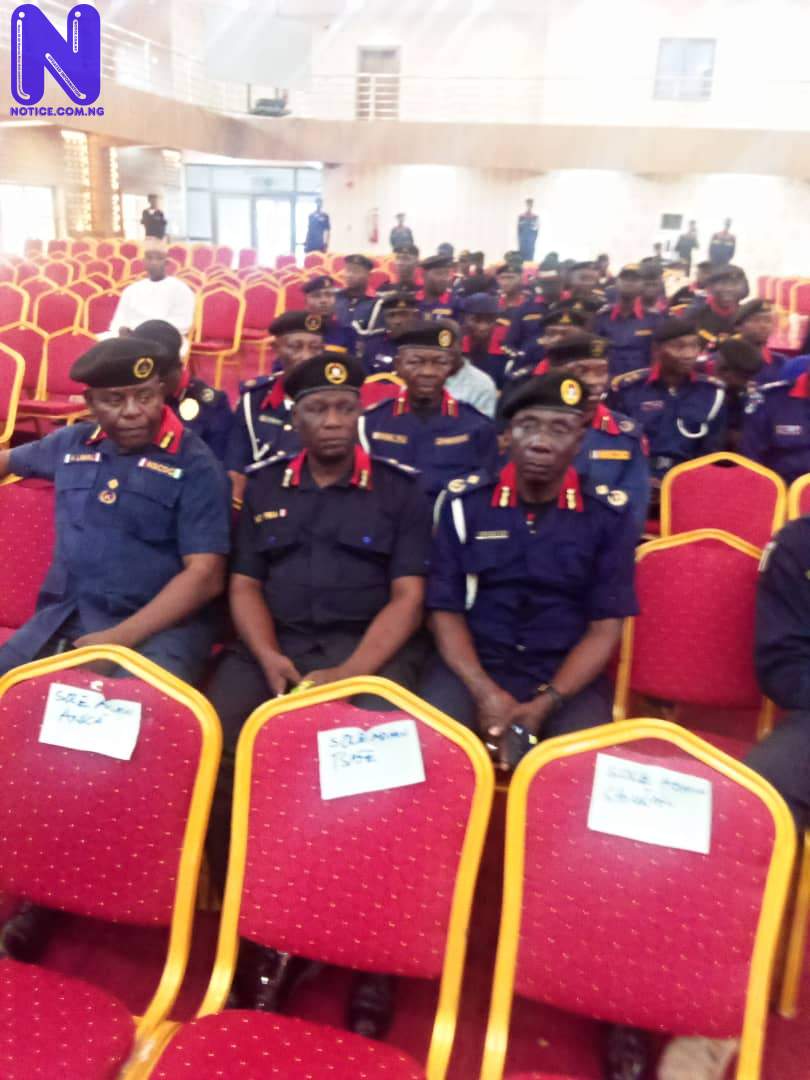 The emir of Talata Mafara, Dr. Bello Muhammad Barmo has assured that his emirate council would give a resounding support to the Nigeria Security and Civil Defence Corps (NSCDC) in Zamfara State.

Barmo disclosed this in his palace when the State commandant of the Corps, Mr. Muhammad Bello Muazu paid him a courtesy visit with a view to designing formidable strategies to tackle the insecurity menace in the State.

The Royal father noted that the posting of Commandant Muazu to Zamfara State is a home coming and as such the Emirate council was poised to accord him all the necessary supports in the fight against insecurity and terrorism in the State.

The Emir eulogized the Corps in the Local Government Area, describing the organization as a people-friendly agency, urging the Corps not to relent in their efforts towards winning the confidence of the general public.

He demanded the State Commandant to feel at home in asking for any necessary assistance from the emirate which he promised to assist for security reasons.

He also assured the State Commandant of his Royal contributions towards the success of the Corps in the war against terrorism in the State.

Responding, Commandant, Mr. Muhammad Bello Muazu told the Emir that he has recognized Talata Mafara as his ancestral root, hence he decided to pay homage on the Emirate.

“The work of security is for all and sundry, I am therefore craving for the wholesome support of the good people of Talata Mafara and the Emirate in order to achieve the desired goals.

“The Corps in Zamfara State under my watch is poised to accord the government of Hon. Bello Muhammad Matawalle all the needed security assistance in order to end the menace of insecurity in the State,” he added.

Others include the representative of the Federal Road Safety Corps and that of the State Hisbah commission and many other organizations.