Eminem apologises to Rihanna for taking sides with Chris Brown 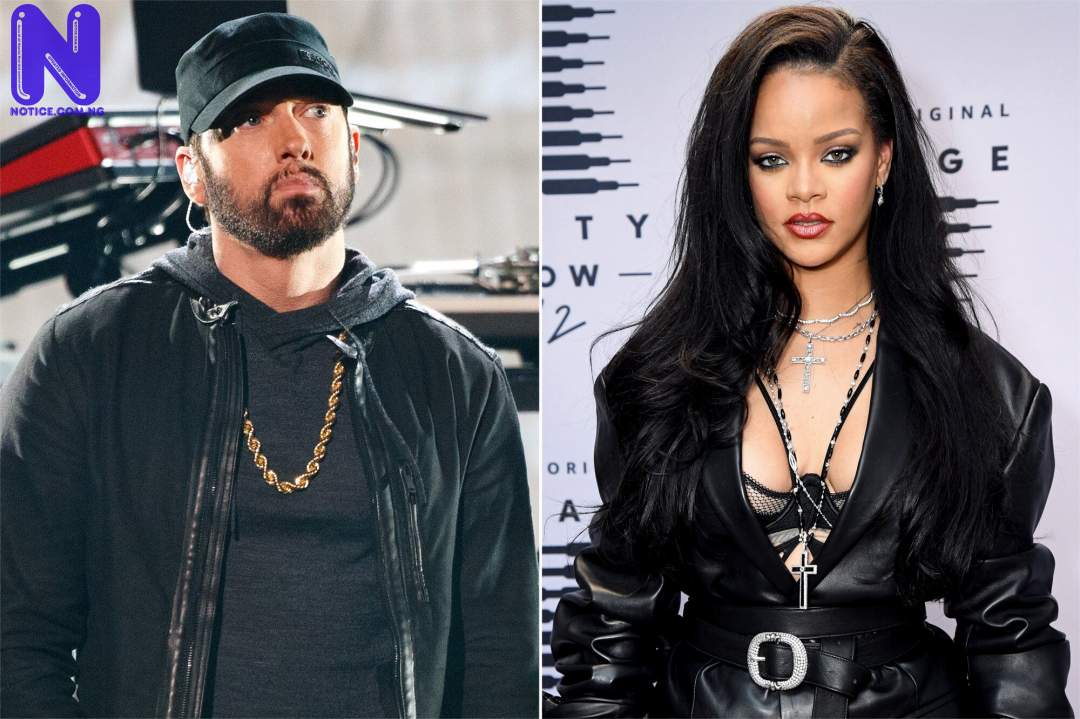 Grammy award winning rapper, Eminem had tendered an apology to Rihanna for “siding” her ex-boyfriend, Chris Brown, who infamously assaulted her in 2009.
The apology was made on his song titled ‘Zeus’ on Eminem’s surprise album released December 18.
Eminem in the song raps: “Wholeheartedly apologise to Rihanna for that song that leaked/I’m sorry, Rih, it wasn’t meant to cause you grief.”
The rapper was referring to a decade-old song that leaked in 2019, where he said “of course I side with Chris Brown”
On his new track, Eminem admitted the original lyric “was wrong of him”.
The new album accompanies his January album ‘Music to be Murdered By’.
Meanwhile, recall that Chris Brown pleaded guilty to assaulting Rihanna in 2009, and received five years probation and a community service order.
Eminem and Rihanna have collaborated a couple times, including on 2010’s US number one single ‘Love the Way You Lie’, and on her 2012 album ‘Unapologetic.’

READ ALSO >>> I have reconciled with Chris Brown says Rihanna