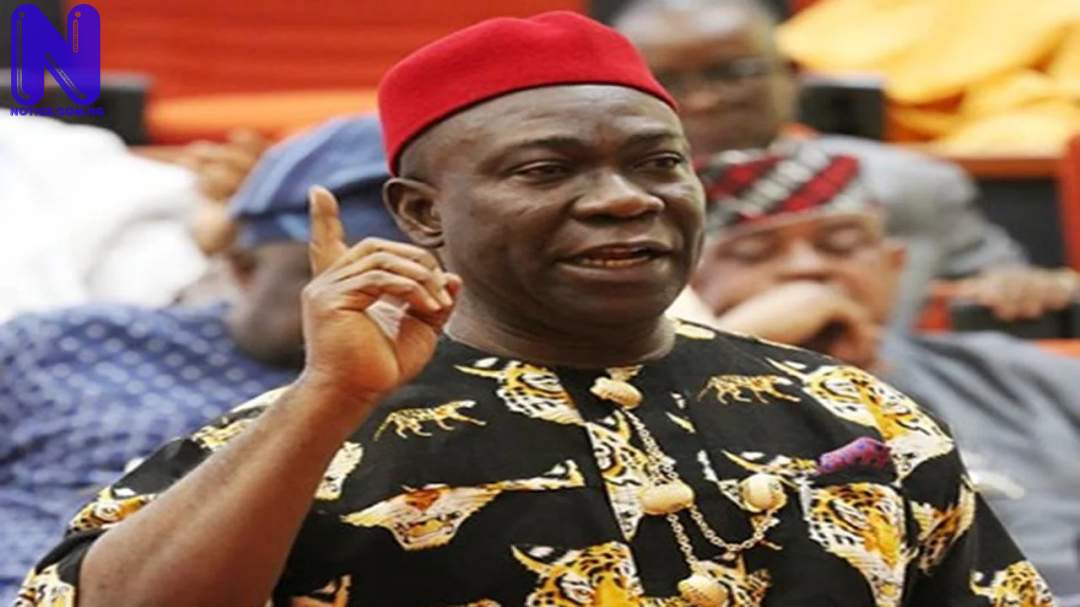 Ex-Deputy Senate President, Prof Ike Ekweremadu, will today lead discussions as eminent Nigerian People gather in Abuja to discuss the possibilities and imperatives of a citizen-led approach to governance and nation marketing.
Themed, “Beyond Branding: Engineering a Citizen-Led Proposition for Nigeria’s National Cohesion and Global Positioning” the colloquium, an initiative of BRANDish, conveners of the dialogue series, BRANDish Meeting of Minds, is against the backdrop of the recent #EndSARS protests across the country through which Nigerian People called for a different approach to national security management and governance across the federal, state and local governments.
The event, which will also be used to present a book, PITCH: Debunking Marketing’s Strongest Myths, to the Abuja community, was earlier scheduled for April 30, 2020, but was postponed following the global lockdowns to contain the COVID-19 pandemic.
Speaking on the importance of the Abuja Colloquium, convener of BRANDish Meeting of Minds and author of the book, Mr. Ikem Okuhu, expressed his belief in the need for constant conversations and engagements to be activated in the continued desire to evolve a truly responsive and responsible brand out of Nigeria.
Okuhu said although the theme for the event was crafted earlier in the year, emerging realities still makes it still very relevant, in the light of the recent nationwide protests, adding that it has become very important for genuine and sincere dialogue, especially between the political class and the people to be activated in sustainable ways to ensure that the overriding strengths of Nigeria is harvested to defeat the supposed weaknesses.
“Back in January, at the planning stages of an event we had thought would take place in April, we agreed that given the country’s experiences in governance over the years, there was a need to re-evaluate the approach and focus discussions on a system that would enable the citizens take ownership of the ideas and issues driving national economic, social and political management.
“We had reasoned that a more bottom-up system should be deliberately enthroned to make the people to own the initiatives while those in government become the critical drivers of the initiatives of the people. At the time we were conceptualizing this, it never occurred to anyone that a development what would make the topic even more relevant would happen months later, in October,” Ikem stated.
Expected at the Colloquium, which will take place today are recognized leaders of the teeming Nigerian youth segment, civil society groups and top political office holders.
On the choice of the Ex-Deputy Senate President as the lead speaker, Okuhu explained that Prof Ekweremadu remains one of the few Nigerian leaders that have a rich experience and knowledge trove of the current democratic dispensation and should be in a very strong position to share those learning points and thus open the space for the robust discussions that would make the desired points of change and adjustments easy to identify.
“The Ex-Deputy Senate President understands the workings of this country, having played key roles at the state and federal levels since 1999.
“He is also one of the very few that deliberately made efforts to develop himself, working himself from the Bachelor’s degree he had before joining the government of Dr Chimaroke Nnamani in Enugu State, to becoming a professor of e-governance and strategic government studies of the Southern University, Baton Rouge, Louisiana, United States.
“We see him as someone who believes in continuous quality improvement and this reinforces our belief that besides his knowledge of public sector issues, he is also in a strong position to understand the sentiments of young people as it relates to their expectations from government,” he said.