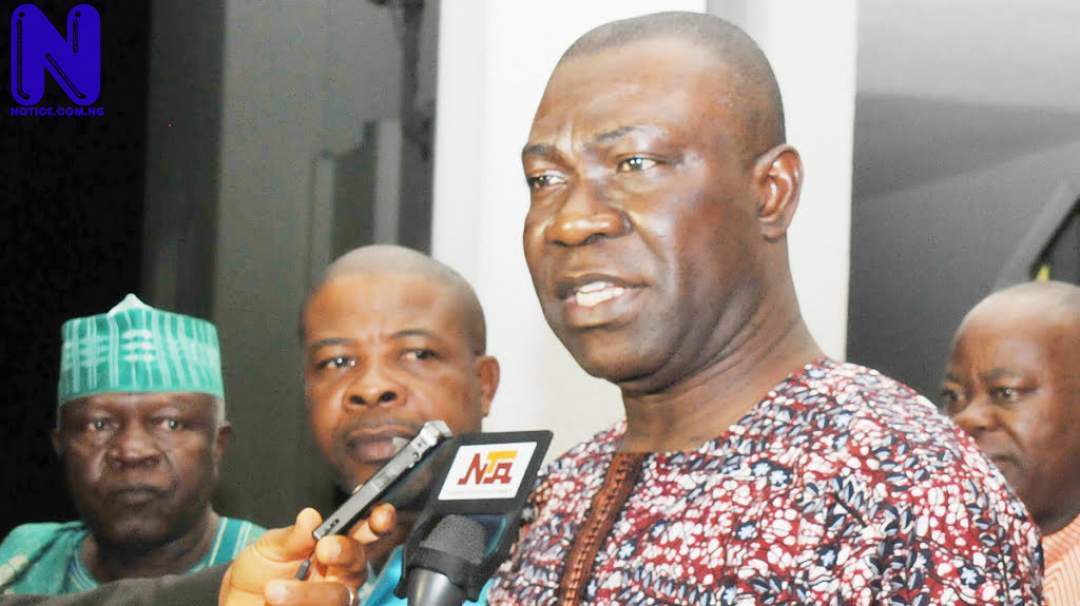 He made the call on Friday at a press briefing through Hon. Charles Ogbo Asogwa, the Director-General, Ikeoha Campaign Organisation.

The Senator, representing Enugu West Senatorial District, said it was only by allowing a level playing ground that his party, the Peoples Democratic Party, PDP, would come out of the polls stronger.

Ekweremadu is seeking the Peoples Democratic Party, PDP, governorship ticket in the State.

He alleged that several of his supporters had been meted with violence but that security agencies were yet to take action.

According to him, the PDP Ward Congress for the election of a three-man ad-hoc delegate in all the 260 Wards, whick took place last Saturday, was marred by thuggery and political violence.

The federal lawmaker said the developments were all in a bid to intimidate and stop him from taking part in the governorship race.

He equally alleged that “some thugs scaled the fence of the country home of the Director-General of the Ikeoha Campaign Organisation, Hon. Charles Ogbo Asogwa, at Ede Oballa, Nsukka LGA in an attempt to attack him on the same Saturday 30th April 2022.”

According to him, “it beats the imagination that all these political violence have continued unabated, while the security agencies appear complacent.”

“Clearly, the attacks were part of the unsuccessful attempts by people, who decided to play against the rule, to scuttle the actual legitimate process,” he added.

He called on the security agencies “to fish out and prosecute all perpetrators of violence in Enugu State, just as we call on all lovers of peace and democracy to join hands to persuade the authorities to take the necessary and decisive steps to arrest this growing culture of political violence.

“Quite importantly, we join our principal, Senator Ike Ekweremadu, a man, whose role in the post-2015 survival of the PDP can be rightly described as pivotal, in calling on the leadership of our party to provide a level playing ground for all.

“For emphasis, only a free, fair, transparent, and credible process can guarantee that the PDP will come out of the 2023 general election stronger and more viral.”