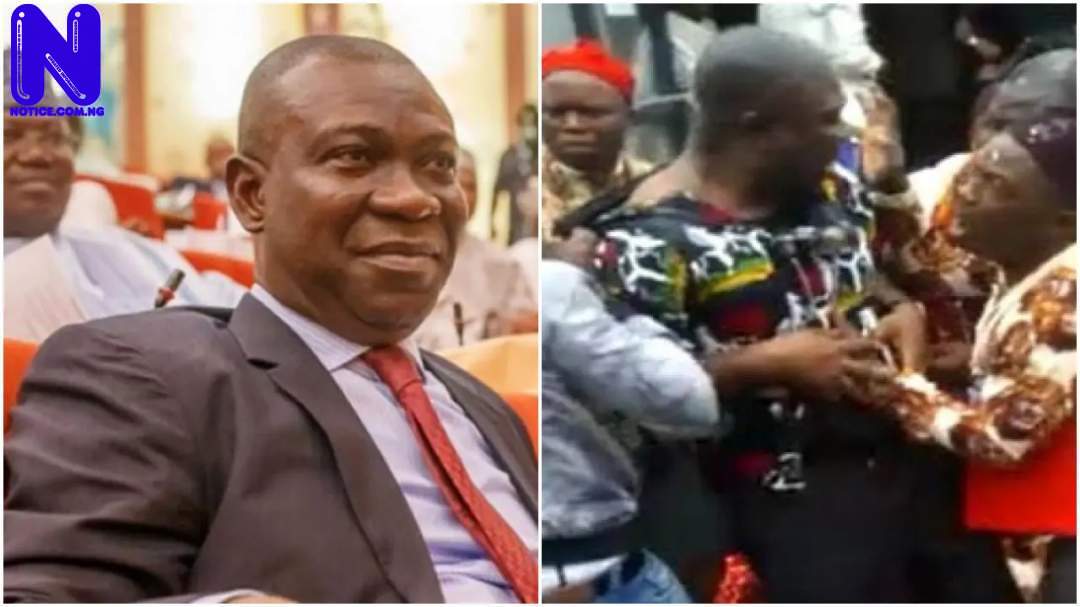 Ex-Deputy President of the Senate, Ike Ekweremadu, has advocated the amendment of the 1999 Constitution to reflect a single term rotational presidency.

Ekweremadu made the call on Monday in Lagos while speaking at Nigerian Bar Association (NBA) Ikeja Branch Law Week 2021 with the theme "The Nigeria of Our Dreams."

Ekweremadu, Chairman of the Senate Committee on Electoral Reforms and Constitutional Amendment, said that he had long advocated for a single presidential term of five or six years.

"This will help us circumvent the distractions, manipulations, divisiveness, and excesses that come with the quest for a second term of executive offices.

"It will as well ensure that power rotates more frequently among the various sections and groups.

"If people are sure that it will get to them, the struggle for it by various sections will be less desperate.

"Besides, it is better if every President or Governor understands that he or she has only a single term to begin and complete all his or her good works," he said.

Ekweremadu said that this model had worked for some Latin American democracies in the 1970s when they faced similar challenges of excessive contestation for power.

He said that some Latin American countries adopted the model for a fixed period of time and had since reverted to two presidential terms after their democracies stabilised.

"Some others such as Mexico still operate a single term of six years," he said.

Ekweremadu noted that a region's access or lack of access to political power affected public attitude and sense of belonging in governance and democracy.

He said that there was nothing to prove that sections of Nigeria that produced presidents or military Heads of State were better off than those that had not.

"Save the patronage enjoyed by a privileged few, rotational presidency is nevertheless imperative in our African environment where ethno-religious and sectional sentiments are still high,” he said.

"So, in the higher and long-term national interest, it is time to revisit and entrench the idea of rotational presidency.”