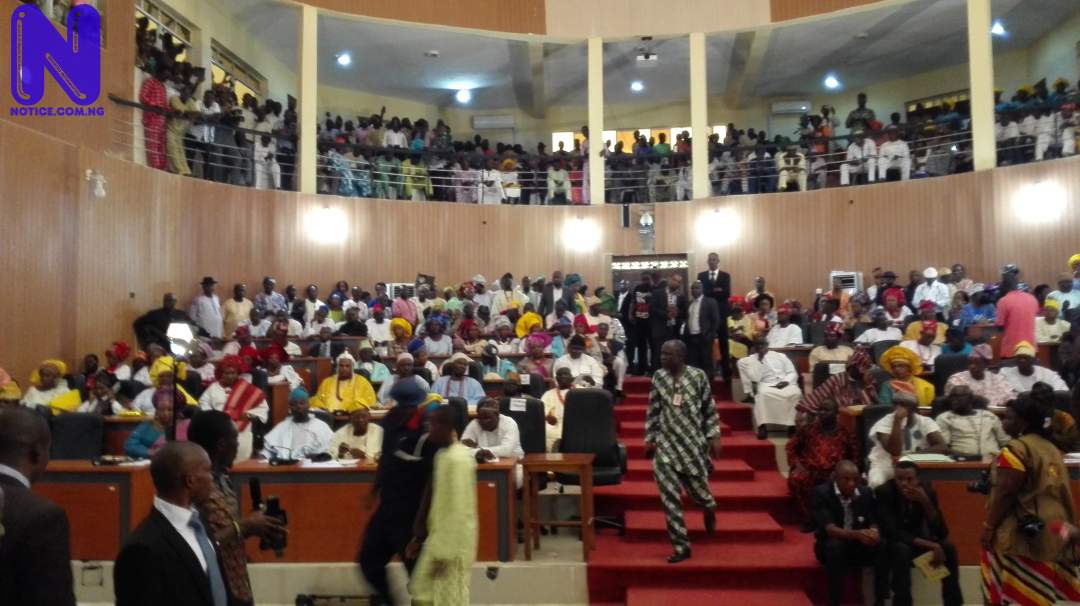 A member representing Ekiti East constituency 1 in the Ekiti State House of Assembly, Hon Olawajuwon Adegbuyi, is dead.
Adegbuyi, a member of the All Progressives Congress, died on Saturday after a brief illness.
A family member confirmed to Press on Sunday that the late lawmaker had started complaining of persistent headache since Wednesday, which escalated on Friday and led to his eventual death.
The source said: “He had been complaining of a headache for days and his family said he should take a rest which he complied with. But his situation degenerated on Friday evening and he gave up the ghost Saturday evening”.
Responding, the Speaker of Ekiti State House of Assembly, Hon. Funminiyi Afuye said he was devastated by the death of his colleague, Adegbuyi.
The Speaker in a statement by his Special Adviser on Media, Akogun Tai Oguntayo, described Adegbuyi’s death as “a devastating one in the new year.
He said: “In fact, I am speechless. Hon Adegbuyi, a complete gentleman who represented his Constituency well, was one of the finest and vibrant lawmakers in the sixth assembly. He died in the hospital after a brief illness.
“We are a unique Assembly of 26 brothers and sisters and now the cold hand of death suddenly dealt us this terrible blow! It’s unbelievable and highly unbearable. But we can’t question God”
“We pray to God to grant the family and Ekiti State the fortitude to bear the irreparable loss.”
The Speaker who expressed sadness over the incident called on the entire State to raise their voice in prayers to God in order to stop the untimely death of young stars in Ekiti. Up