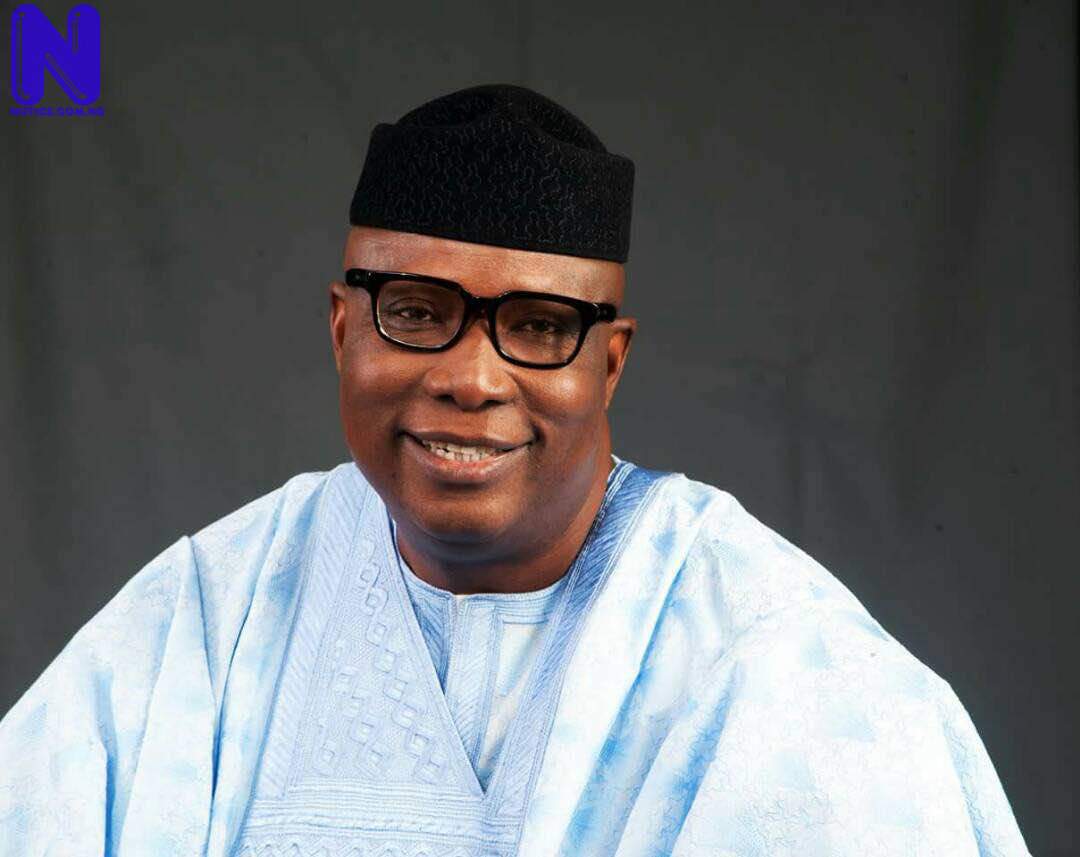 The Special Adviser to the President on Political Matters, Senator Babafemi Ojudu, has vowed that progressive politicians within the fold of the All Progressives Congress (APC) would ensure that a committed democrat emerges as a successor to Governor Kayode Fayemi in 2022.
Ojudu, who said it was too early for him to declare interest in the coveted seat, vowed that no one would be allowed to impose anyone that would be largely perceived as a ‘house boy’ as governor of the state.
Ojudu spoke yesterday while revalidating his membership of the APC at Ereguru area, Ward 8, Ado Ekiti Local Government Area of Ekiti State.
Despite the seeming cold war between him and Governor Fayemi, Ojudu denied having any problem with the governor, saying “all I have with the governor is just political differences and not a crisis”.
On next year’s governorship election in Ekiti State, Ojudu said progressives in APC would work assiduously to prevent the People’s Democratic Party from snatching the governorship seat.
Ojudu said: “I can assure you that there will be no imposition. Anybody who is a member of our party would be free to contest the primary. We will allow a democratic process to take place.
“But we don’t want somebody who is a stranger or a houseboy in our party to be imposed as governor”.
Ojudu added further: “Let me tell you this, I don’t have any crisis with the governor, but I have differences with him. In a political situation, differences are allowed, groups are allowed. I may not belong to Fayemi’s group, but I am a member of the party, he too is also a member. I cannot chase him away from the party, neither can he chase me away from the party. Every member of our party is qualified to do the revalidation.
“Power is transient. Whoever has power today may not have it tomorrow. Governor Ayodele Fayose was there yesterday and was beating everybody all over the place, he is no longer there today.
“Dr Goodluck Jonathan and Olusegun Obasanjo were once presidents, but today, they are no longer there again.
“I want Ekiti State to be governed well so that people can go to their farms peacefully. Ekiti should not be poor and all we need is the tenacity of purpose and good leadership. We do not need anybody who will come here to graze like herds and run away.
“We need people who are committed to service. Look at what late Lateef Jakande did in four years in Lagos. He never stepped out of Lagos for one day. we need selfless leaders, not a houseboy or housegirl who will always distance himself from the people he is serving. We need those who can identify with his people”.
Ojudu said the registration exercise would help to ascertain true members of the party, saying the fact that the APC national leader, Asiwaju Bola Ahmed Tinubu and Chief Bisi Akande, who had vehemently opposed the exercise later participated exemplified party supremacy in APC.
“This exercise is a good idea. Revalidation will tell us that our people still have an interest in us. It has assisted us to mobilize our members. It has assisted in telling us that our members still have an interest in our party across the country. Those who are not progressives are interested in us and want to join the party, just because we are progressives”.
The Special Adviser said people like Ex-Minister of Aviation, Femi Fani Kayode is not needed in APC despite that the registration was meant to mobilise members for the party.
“For me, the members of our party have spoken. They have expressed their displeasure that anybody who could boldly abuse the president and insult the Vice President, denigrate our party and a section of Nigeria is not welcome in our party, that is my position and generality of our party members.
“If Fani Kayode has decided to come, he has seen the sign that he is not welcome in the party. Though we need people in our party, it should be those who have characters that one can be proud of”.