Eight passengers die as truck descends from bridge in Osun 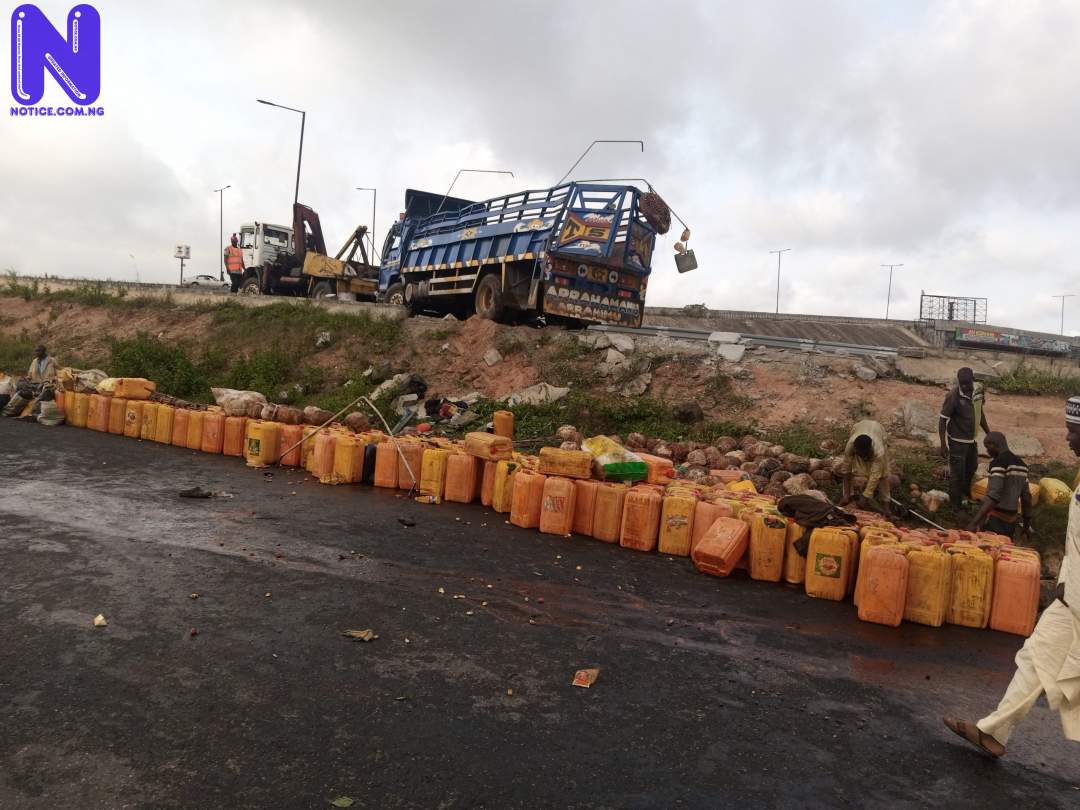 Eight persons have been confirmed dead in a truck accident that occurred on November 27 Interchange Bridge, in Osogbo, Osun State, Saturday morning.

The fatal accident happened around 1:20 am on Saturday.

Press gathered that the Volvo FL7 truck with registration number KMC 35 ZJ was climbing the bridge when the driver lost control due to probably overloading.

The truck which was conveying palm oil and Kola nut to the north has 61 passengers with the driver on board.

The Osun State Sector Commander of Federal Road Safety Corps, Kudirat Ibrahim, who was at the scene of the accident told Press that the injured passengers have been taken to Osun State Teaching Hospital and Asubisro General hospital in Osogbo.

She said that “the vehicle which was heavily loaded with Jerry cans of palm oil and over 60 passengers was trying to ascend the ramp but started rolling backwards and lost control. It fell sideways into the side drainage, throwing off the jerry cans over the passengers and killed some in the process.”

She added that the dead have been taken to mortuary.

She called on road users to be conscious always and obey traffic regulations to avoid being caught in accidents that could lead to loss of lives and property.