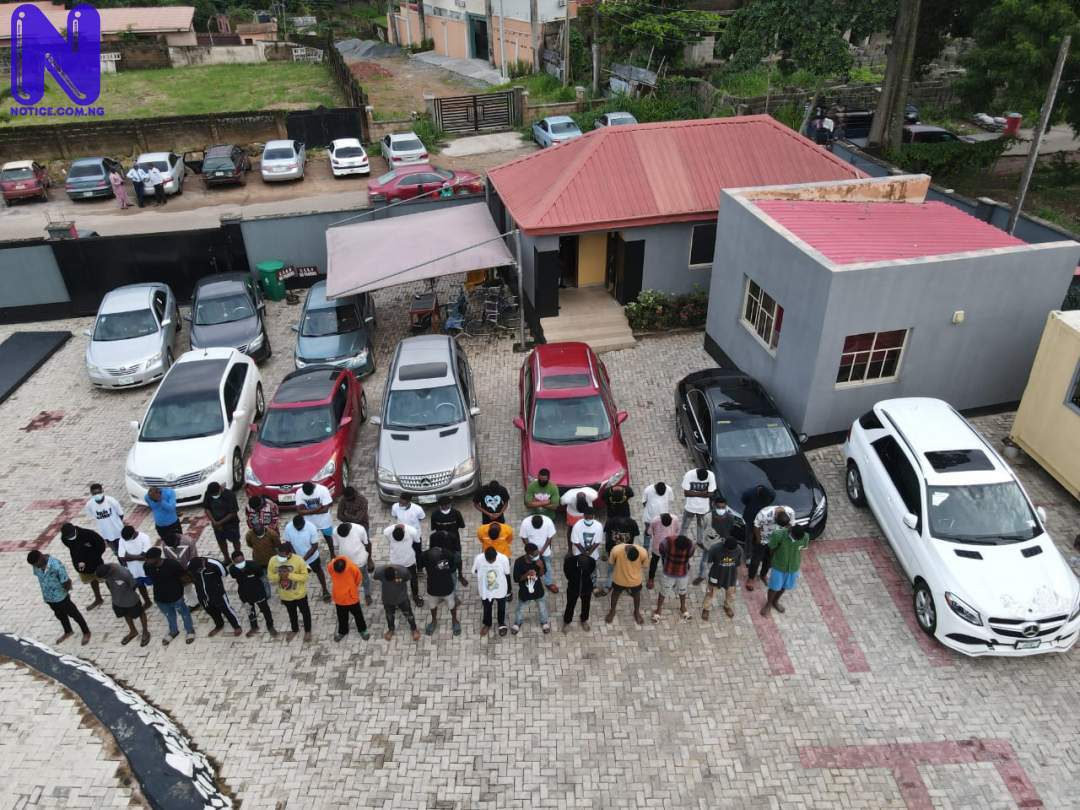 The Economic and Financial Crimes Commission (EFCC) has warned hotels in Nigeria to stop allowing internet fraudsters a.k.a. ‘Yahoo boys’ to congregate in their facilities.

EFCC gave the warning on Tuesday on the heels on an operation by the Ibadan Zonal Command that led to the arrest of 56 suspected internet fraudsters in Abeokuta, Ogun state.

They were apprehended in one of the popular hotels in Abeokuta.

EFCC Head of Media, Wilson Uwujaren in a statement said the operation, based on verified intelligence and weeks of surveillance, was nearly frustrated by the hotel owners.

The spokesman lamented how employees tried to use antics to shut down power supply to enable some of the suspects to escape arrest.

He said despite the lack of cooperation, the operatives demonstrated professionalism in ensuring that no one was hurt nor property contrary to the narrative in a section of the media.

Uwujaren added that the action amounts to deliberate sabotage and obstruction of law enforcement officers, an offence punishable by Section 38 (2) (b) of the Economic and Financial Crimes Commission (Establishment) Act, 2004.

“The Commission has observed a worrying pattern of cold complicity by hospitality entrepreneurs who appear to be hands-in-gloves with suspected fraudsters by housing them over long spells and making internet facilities available to them.

“While the argument is being made in certain quarters that hoteliers as business people have no means of determining who a fraudster is before allowing them to lodge in their facilities that position runs counter to the law.”

Uwujaren reminded hotels that Section 3 of the Advance Fee Fraud And Other Related Offences Act, 2006 provides for a prison term of between five and 15 years without option of fine for any person who permits his premises to be used for any offence under the Act.

EFCC vowed that it would no longer tolerate situations where hotel owners or managers not only permit fraudsters to use their facilities but deliberately shield them from arrest.

Ten exotic cars, dozens of mobile phones, laptops and several incriminating documents were recovered from the suspected fraudsters arrested in Abeokuta. They will be arraigned soon.