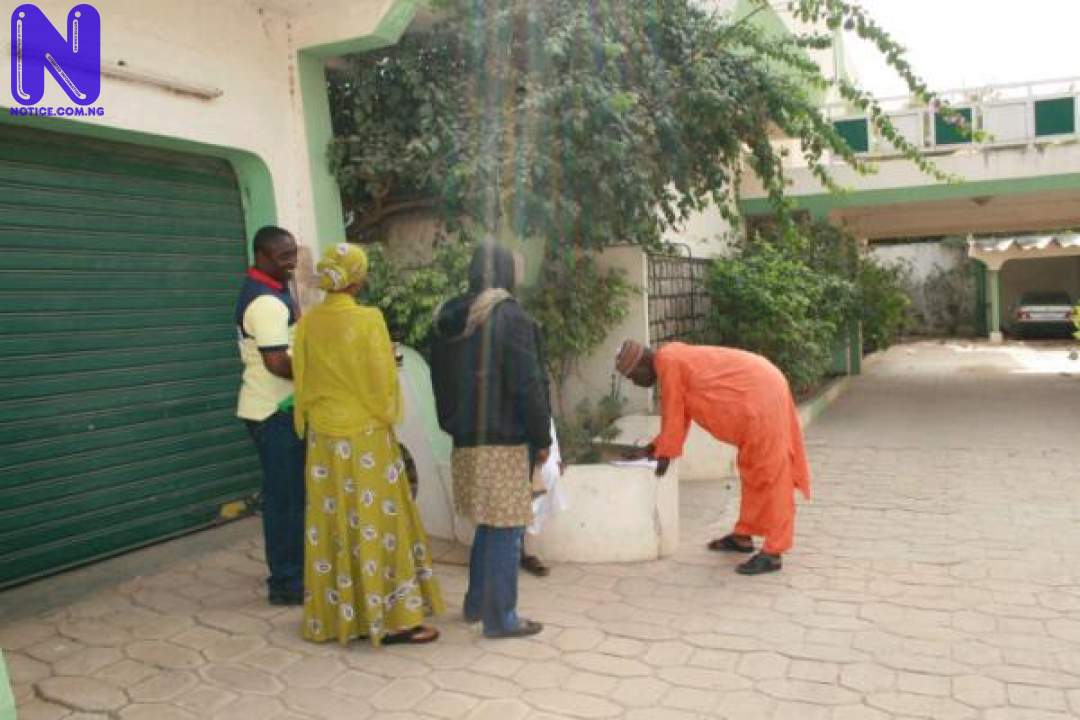 The Economic and Financial Crimes Commission, EFCC on February 1, 2013 seized the property of Yakubu Mohammed Na-Allah, who is being prosecuted by the commission on a 2-count charge of money laundering.
The seizure of the property which is alleged to be proceeds of crime, is sequel to an interim forfeiture order issued on January 31, 2013 by Justice Riman of the Federal High Court, Kano, forfeiting the property of the respondent to “the Federal Government of Nigeria pending the determination of the criminal proceedings or charges against the respondent.” The order which is renewable is however for an initial period of three months.

Na-Allah, 65, was arraigned before Justice Riman on January 14, 2013 for allegedly duping two of his clients to the tune of N50million and using the proceeds to acquire a palatial mansion in Kano. The edifice is the subject of the interim attachment.
One of the charges against the accused person reads: “That you Yakubu Mohammed Na-Allah ‘Male’ on or about 17th March 2008 in Kano State, within the Jurisdiction of the Federal High Court, did transfer the sum of N45, 000, 000 (Forty Five Million Naira Only) to the bank account of Bennas Nigeria Limited with account Number 0196001000009300 domiciled at Intercontinental Bank Plc ( now Access Bank) with the aim of concealing the illicit origin of the said resources being proceed of an illicit act and thereby committed an offence contrary to and punishable under section 14(1) (a) of the Money Laundering (prohibition) Act 2004”

When the charge was read to the accused, he pleaded not guilty.
Further hearing in the matter has been adjourned to February 28, 2013.