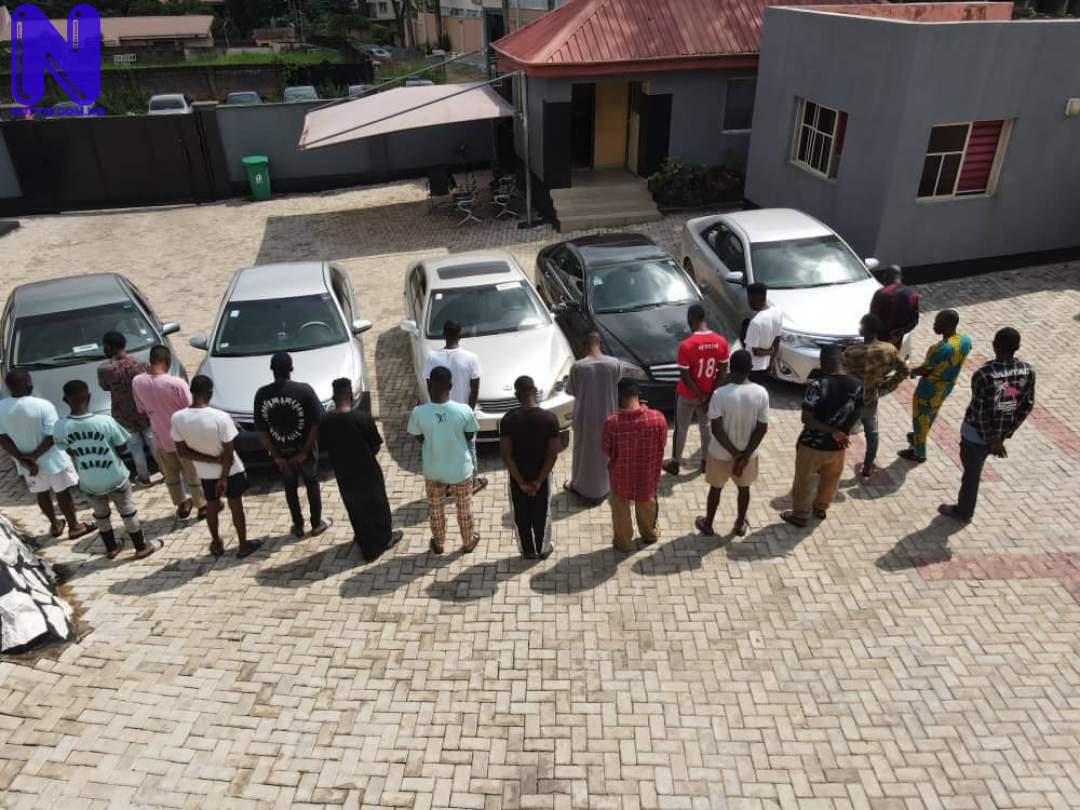 They were apprehended during an operation at their hideout in Ogbomoso, Oyo State based on intelligence on their alleged criminal activities.

At the point of their arrest, five cars, several mobile phones, laptops and other incriminating documents were recovered from them.

The Commission said twenty of the 22 suspects have been indicted by investigation.

It added that they would be charged to court as soon as the investigation was concluded.