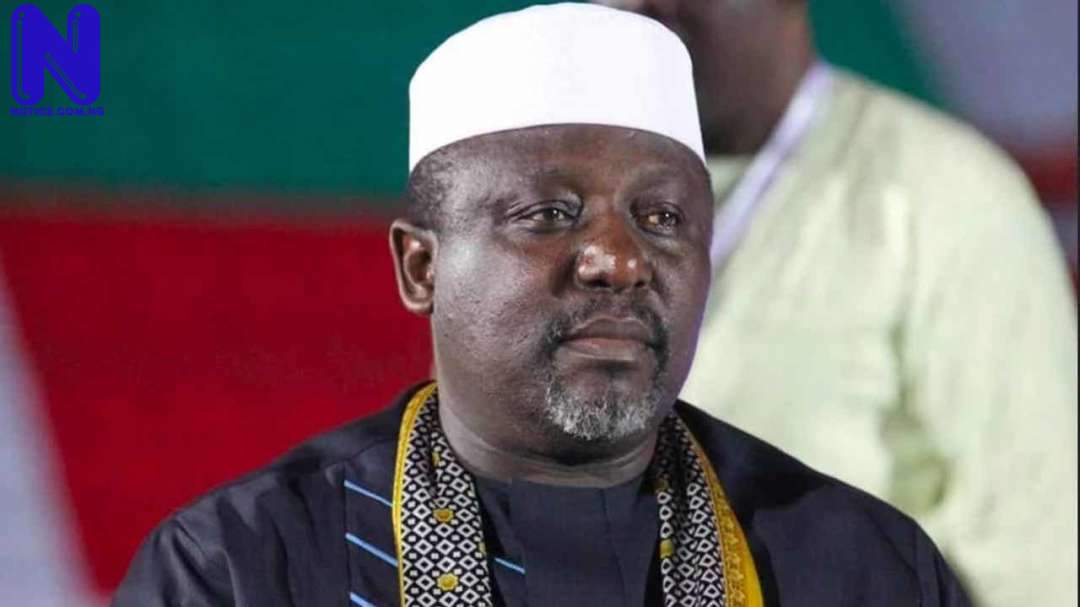 Recall that the Chairman of the All Progressives Congress, APC governorship primary election committee, Ahmed Gulak, had accused Okorocha of offering him $2 million bribe to deliver the certificate of return to his son-in-law, Uche Nwosu.

Okorocha, in spite of that, denied the allegations from Gulak.

Reacting to the allegation, HURIWA wondered why the Economic and Financial Crimes Commission (EFCC) has not probed the Ex-governor of Imo State, over the allegation.

The rights group demanded a response from EFCC on whether it has reached a settlement with ex-governor.

HURIWA said that the “general perception in Imo State and all over the nation is that some politically exposed persons with series of cases of alleged financial crimes including the immediate past governor of Imo state may have secured presidential soft-landing by virtue of their membership of the ruling All Progressives Congress (APC).”

In a statement by its National Coordinator, Emmanuel Onwubiko and National Media Affairs Director, Miss Zainab Yusuf, HURIWA challenged the Economic and Financial Crimes Commission to “concentrate on retrieving all alleged stolen Imo state’s assets in the last eight years and stop dissipating resources chasing after students in their hostels in Owerri over alleged advanced fees fraud when it has yet to conclusively confront the immediate past administration on the series of allegations of crass mismanagement of Imo State funds.”

HURIWA wondered if the “acting chairman of EFCC, Alhaji Ibrahim Magu and Chairman of ICPC are not on their desks and reading newspaper stories of the allegations of $2 million dollars bribery made against ex-governor Rochas Okorocha by his fellow party man and erstwhile special political Adviser to the president Alhaji Ahmed Gulak.”

The Rights group expressed disappointment that this sort of large scale disclosure is being overlooked by both the ICPC and EFCC which is a sign that impunity has taken centre stage in Nigeria.

“HURIWA just like most bewildered Nigerian People have read the chairman of the Primary Election committee, Ahmed Gulak alleged that the immediate past governor of Imo State, Rochas Okorocha, offered him $2 million bribe to deliver certificate of return to his anointed aspirant, Uche Nwosu. Recall that whilst fielding question from The Sun correspondent, in Abuja, last weekend, the APC chieftain said that he rejected the bribe because of his integrity, arguing that it was free money he would have collected without anybody dragging him to court.

“in spite of that, the Ex-governor said Gulak ought to be in jail for what he did in Imo State. He described the Ex-presidential aide as an enemy of democracy who has repeatedly shown that he lacks character. We therefore ask both the ICPC and EFCC if Rochas Okorocha is a sacred cow that is bigger than the anti graft laws?,” the statement said.

HURIWA also charged the EFCC to invite both the person making the allegation and the one being accused to render proper account of what happened so Imo state’s fund is appropriately accounted for and repaid back to Imo State coffers.