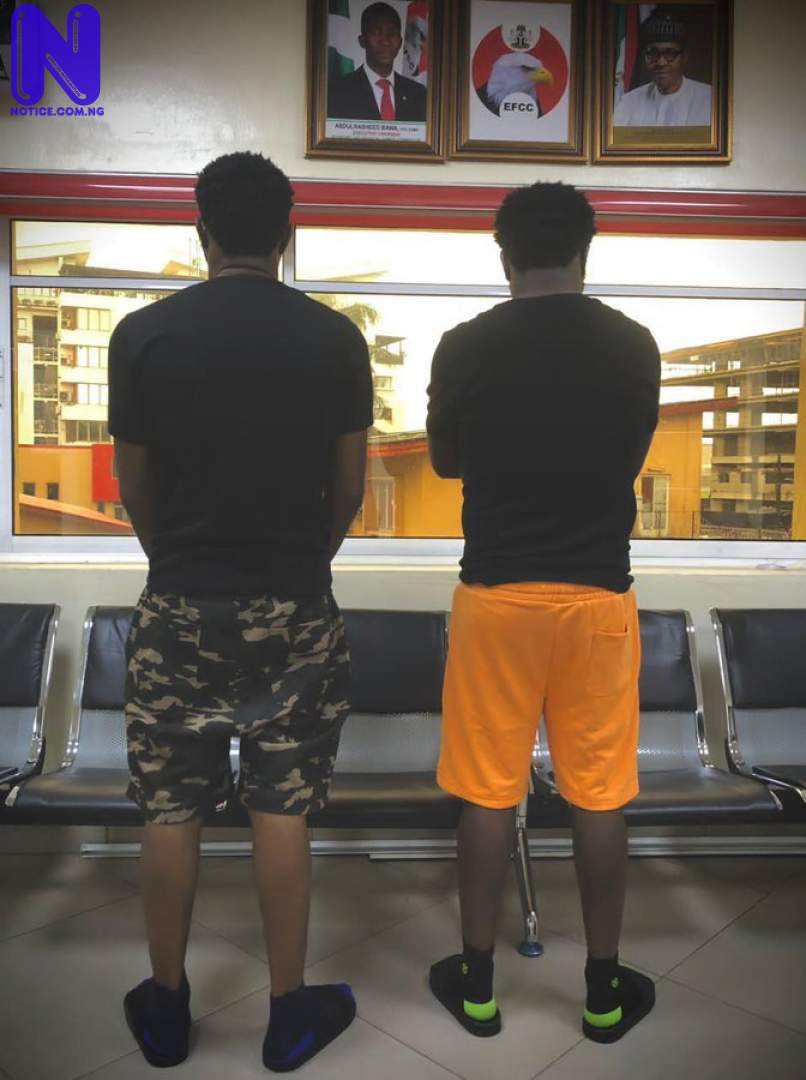 Operatives of the Lagos Zonal Command of the Economic and Financial Crimes Commission, EFCC, have arrested two suspected internet fraudsters in Lagos State.

The suspects were identified as Agbebaku Newton and Enofe Destiny.

They were arrested on Waterside Road, Eti-Osa, Lekki area of the state.

The anti-graft agency in a series of tweets on Thursday, said the suspects were arrested, following credible intelligence available to the Commission on their alleged involvement in computer-related fraud.

”At the point of arrest, several models of vehicles, phones, laptops and a gold necklace were recovered from them.”

EFCC added that the suspects will soon be charged to court.