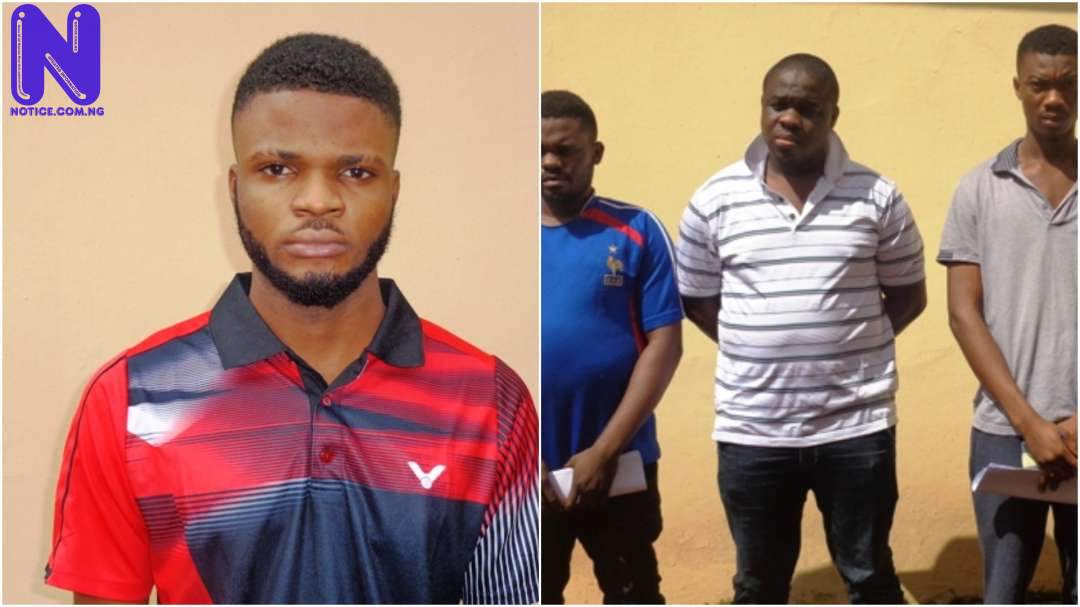 The Economic and Financial Crimes Commission (EFCC), Ibadan zonal office, has arrested two pairs of brothers for suspected cyber crimes.
They are Ayoola Timilehin, Olusola Timilehin; and Oladayo Fayemi, Tolulope Fayemi.
Also nabbed were three others says Temitope Kumuyi, Babatunde Oyelakin and Olanrewaju Ibrahim.
The seven suspects are accused of internet fraud.
They were apprehended on Wednesday at the Alaka, Elebu area of Ibadan, Oyo State.
A statement by EFCC spokesman, Dele Oyewale, said all are between 20 and 30 years age range.
“The suspects were arrested based on intelligence linking them with opulence without any identifiable means of livelihood.”
Items recovered include four cars, laptops, exotic phones and a stamp bearing the identity of the bursary section of Queensland University’s School of Medicine, Australia.
They will be charged to court after investigations are concluded.