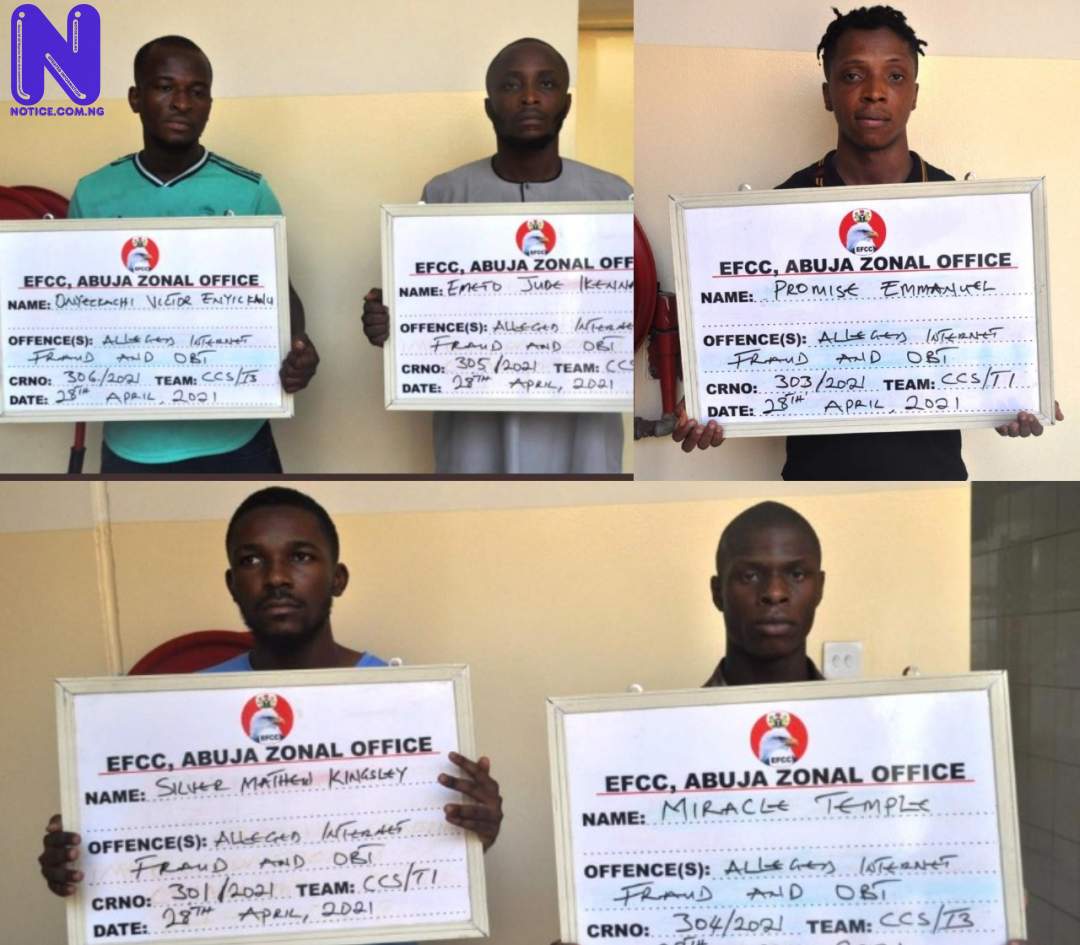 Operatives of the Abuja Zonal Office of the Economic and Financial Crimes Commission, EFCC, have arrested five suspected internet fraudsters.

The commission said they were arrested onTuesday at their hideouts in room C9, Ibanu Suite, Mabushi and F01 Kubwa, Abuja.

Items recovered from them include one Toyota Camry, one Laptop and mobile phones.

They were arrested following verified intelligence on their alleged involvement in computer-related fraud.

The EFCC added all suspect will be charge to court as soon as investigation is concluded.