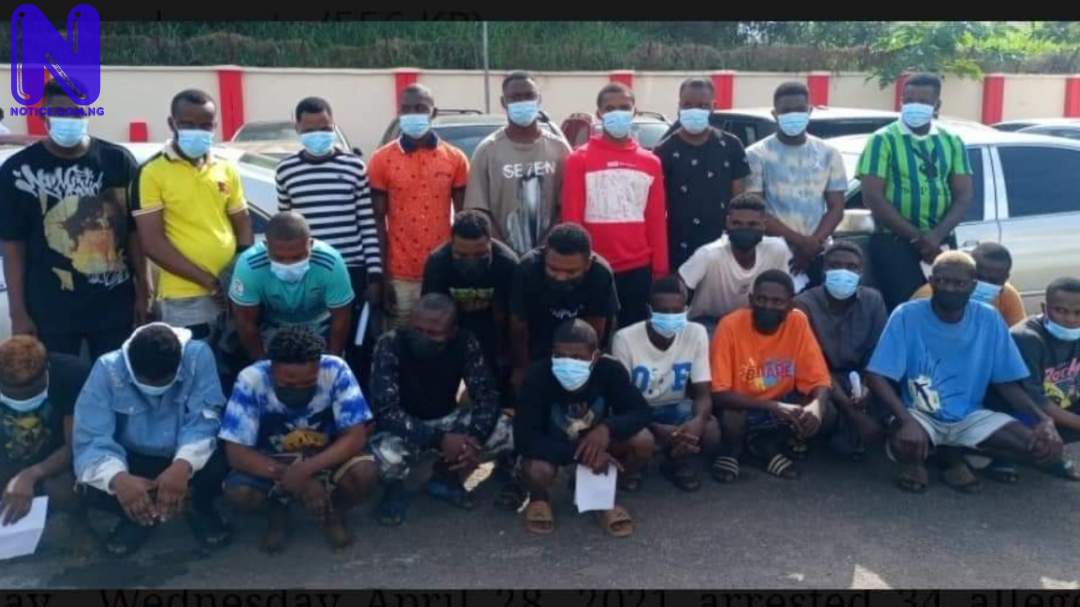 34 suspected internet fraudsters have been arrested by operatives of the Economic and Financial Crimes Commission, EFCC, in Owo, Ondo State.

They were arrested through intelligence gathering operation code-named ‘Erinle.

The EFCC said it recovered nine exotic cars, laptops computers, mobile phones, documents and identity cards from the suspects include