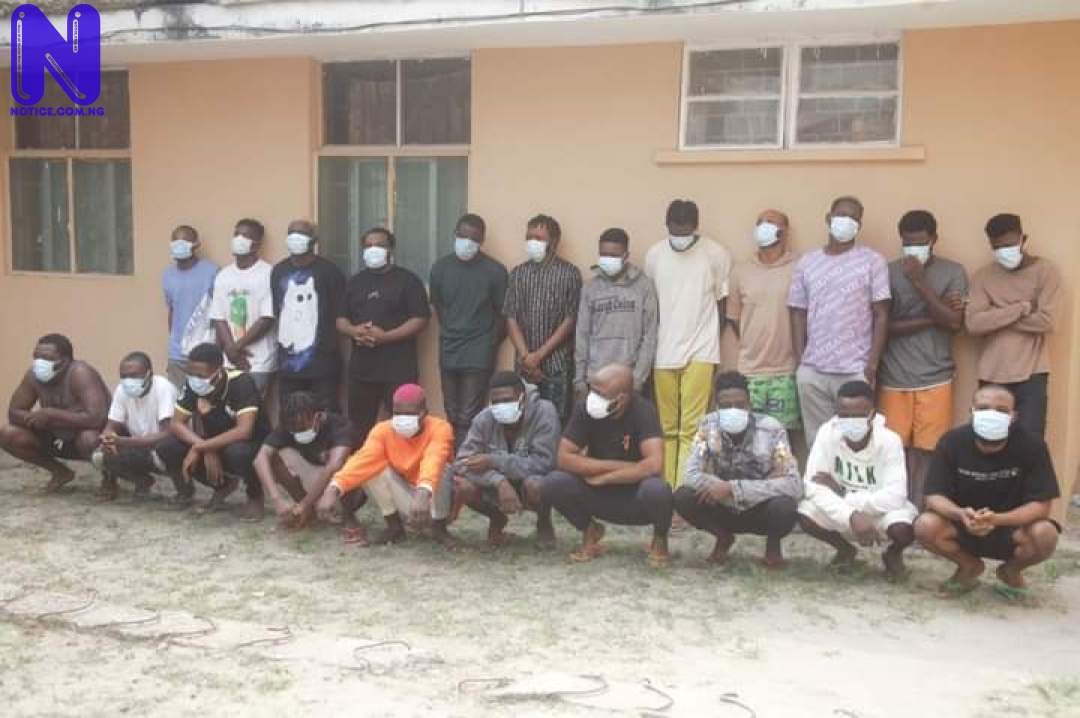 
The suspects, seven men and one lady, were identified as Charles Mba, Vandross Ebre, Timothy Godspower, Tochukwu Mbonu, Okoroma Robinson, Ruth Allison, Kingsley Obilor and Sampson Ajaka.
“Items recovered from them include nine (9) phones, eight (8) Laptops of different brands, one (1) silver-coloured Lexus ES 330 car, One (1) maroon black- coloured Lexus ES 330 car and one (1) white-coloured Benz GLK 350 Sport Utility Vehicle,” it was said.
“The suspects will be charged to court as soon as investigations are concluded,” the EFCC said in a statement on its social handles on Tuesday.