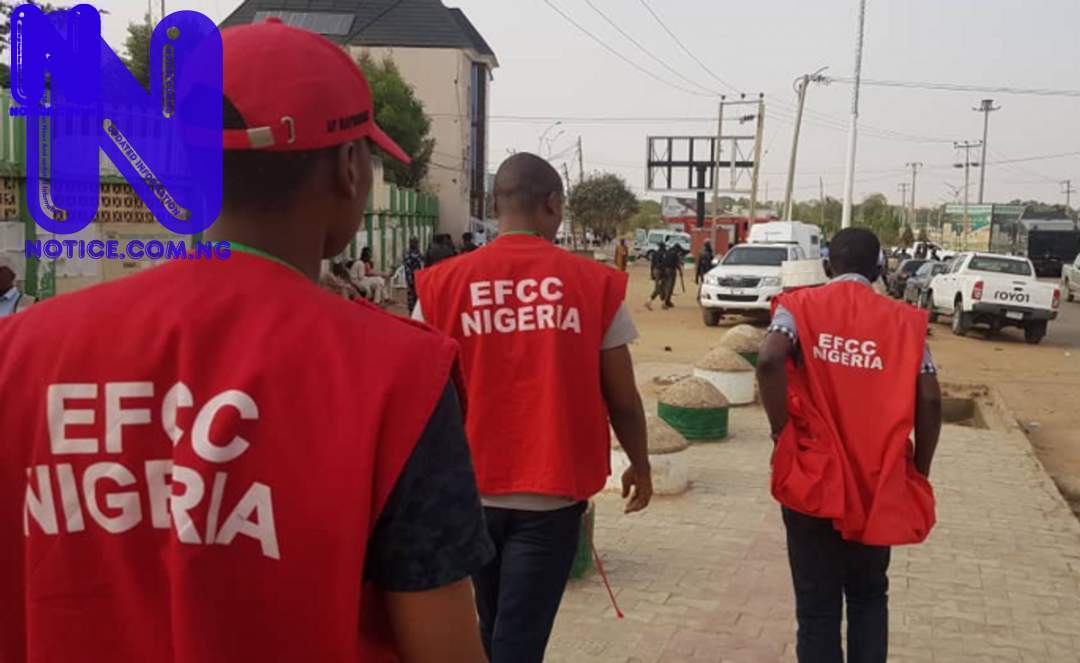 Shauaibu was made to appear before Justice Amina A. Aliyu of Kano State High Court.

The anti-graft spokesman, Wilson Uwujaren said this in a statement in Abuja.

He explained, “Trouble started for the accused person after the Commission received a petition alleging that he diverted the sum of $12,000 (Twelve Thousand Dollars) he received from one Richard Schwartz from United States of America for the purpose of exchanging same to Naira.

“The petitioner further alleged that after the accused person confirmed the receipt of the money, he (the accused) promised to credit the account of the petitioner with the sum of N4,080,000 (Four Million, Eighty Thousand Naira Only) which promise he allegedly failed to honour.

“The accused person who is a Bureau de Change Operator allegedly issued the complainant a cheque in the sum of N4,080,000 (Four Million, Eighty Thousand Naira Only) which bounced on presentation to the bank due to insufficient funds in his account”.

Count one of the charge reads, ” That you Ibrahim Alhassan Shuaibu on or about the 29th May, 2017 at Kano within the Jurisdiction of the High Court of Kano State, while entrusted with the sum of 12,000.00 USD for the purpose of exchanging same to naira equivalent dishonestly misappropriated same, and you thereby committed an offense contrary to Section 308 and punishable under section 309 of the Penal Code Law”.

But the defendant reportedly pleaded not guilty to the charge against him.

On this basis, prosecuting counsel Jonson Ojogbane asked the court for a date for hearing.

But defense counsel, Hashim Aminu prayed the court to hear his bail application.

In his ruling, Justice Aliyu refused to consider the bail application on the grounds that the prosecution had not been served.

He also adjourned the case till December 2, for hearing of the motion for bail and commencement of trial.

The presiding Justice ordered the accused to be remanded in EFCC custody pending the hearing of his bail application.