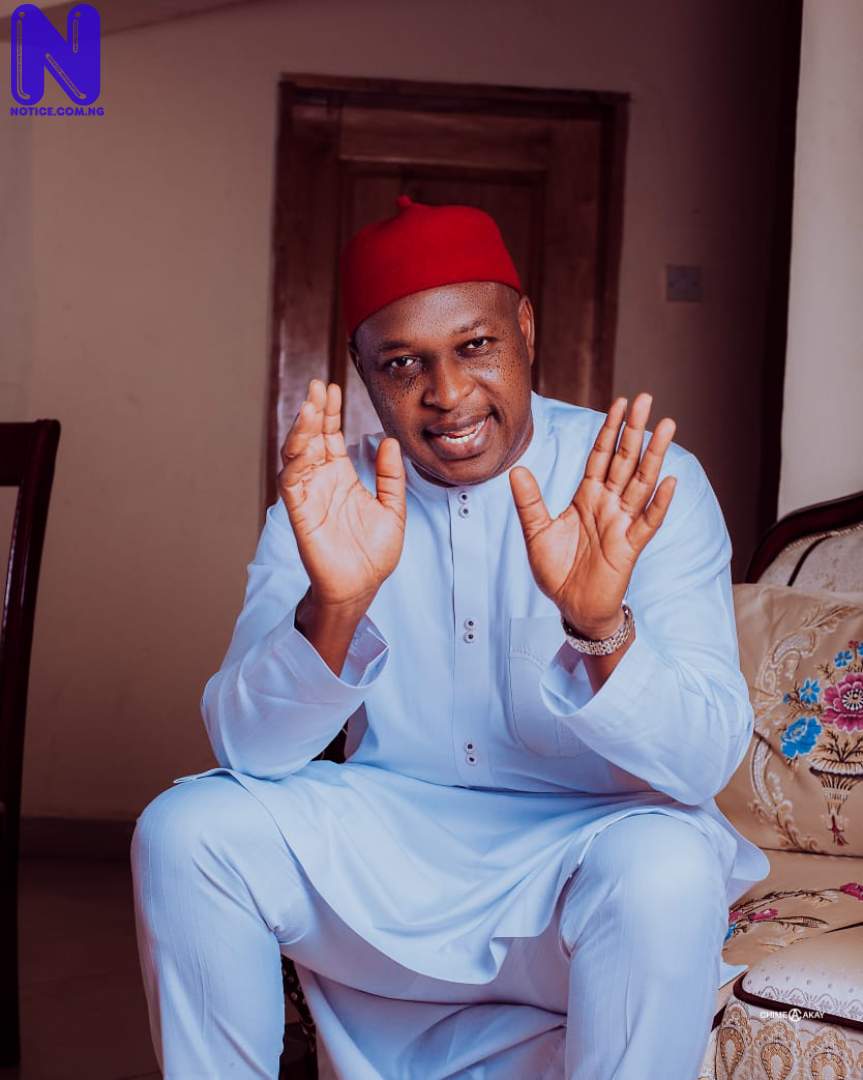 The Party took the stand on Wednesday during a stakeholders' meeting held in Enugu, the Coal City Capital.

Press reports that a Federal High Court sitting in Abuja had ordered a fresh primary election within 14 days.

The ruling was in respect of a suit filed by Capt. Everest Nnaji, who claimed he was wrongfully excluded during the primary election that produced Edeoga.

However, at the meeting, the stakeholders said they have considered all the issues involved and decided that there was no need for a fresh primary election.

Addressing journalists after the meeting, the Senatorial Candidate of the Labour Party for Enugu North Senatorial Zone, Barr. Okey Ezea said the party had already appealed the judgement.

He described the court ruling as a contrived judgement that cannot stand before an appellate court.

Ezea said, "I’m very conversant with the legal tussle on the guber election between Everest Nnaji and INEC. As far as we are concerned, the dispute is not intra-party but the PDP against the Labour Party.

"It is the PDP in Enugu State against the Labour Party; the PDP is using some surrogates who are doing the bidding of the ruling party."

On the facts of the matter, he said Odengene (Nnaji) first went to Federal High Court Port Harcourt and sued the Labour Party, INEC, Edeoga. He wanted an ex-parte but failed, he later withdrew the matter.

"We didn’t hear from him again until he came again by originating summon in another Federal High Court in Abuja. He claimed he met the Labour Party and gave them N25m to be made sole candidate, under illegal agreement.

"Not only that, he did not join the guber candidate, Edeoga, who had earlier emerged on the 4th of August."

Ezea faulted the court judgement, as As stated by him, "A law court cannot give an order that will affect a party that was not represented.

"The Federal High Court Practice Direction states that any person filing pre-election matters must join the person whose name had been submitted to INEC. You are bringing an order of court nullifying his primary when he was not heard.

"Even the Supreme Court has affirmed that it is also only an aspirant that can file a pre-election matter.

"By this definition, Odengene was not even an aspirant. He did not even buy a form. It is Odengene Aviation Services Ltd. that bought form. I'm not even sure his name is on the party's register. So, he has no locus to bring the matter at all.

"He claimed he was not informed of the date of the primary. We want to know which part of the Electoral Act he is relying upon to make such claims."

On why the party would not conduct a fresh primary, Ezea, popularly known as Ideke said, "It will be wrong for us to play into their hands when we had a genuine primary election monitored by over 10 INEC officials, with their report clearly written.

"We have no reason to succumb to the shenanigans of the PDP and their cohorts.

"The next plan is that we have appealed, nine grounds of appeal. Our stand is that the court erred in law by holding that Odengene is an aspirant.

"We also said that the court erred in law by not holding that the action was incompetent by not joining the necessary parties.

"We also said the court erred in law by putting itself to enforce an illegal contract."

He called on the party's supporters to continue their campaigns unhindered as there was no encumbrance against such.

"Electoral matters terminate at the Supreme Court so there is nothing stopping Edeoga's campaign. There is nothing to worry about. We have appealed and in election matters, appeal stops execution.

While accusing Ugwu of committing criminal defamation, Ezea said it was aimed at distracting him from the race.

"Ike Ugwu that goes about shouting my name, it is clear criminal defamation. Ike Ugwu did not join my name not on that court matter. If you knew I forged your signature, why didn’t you join me in the suit?

"Ike Ugwu cannot contest councillorship election in Obukpa ward, that’s the same person that stays at NICON and has two SANs appealing for him. They are in panic mode but we will defeat them," he further stated.