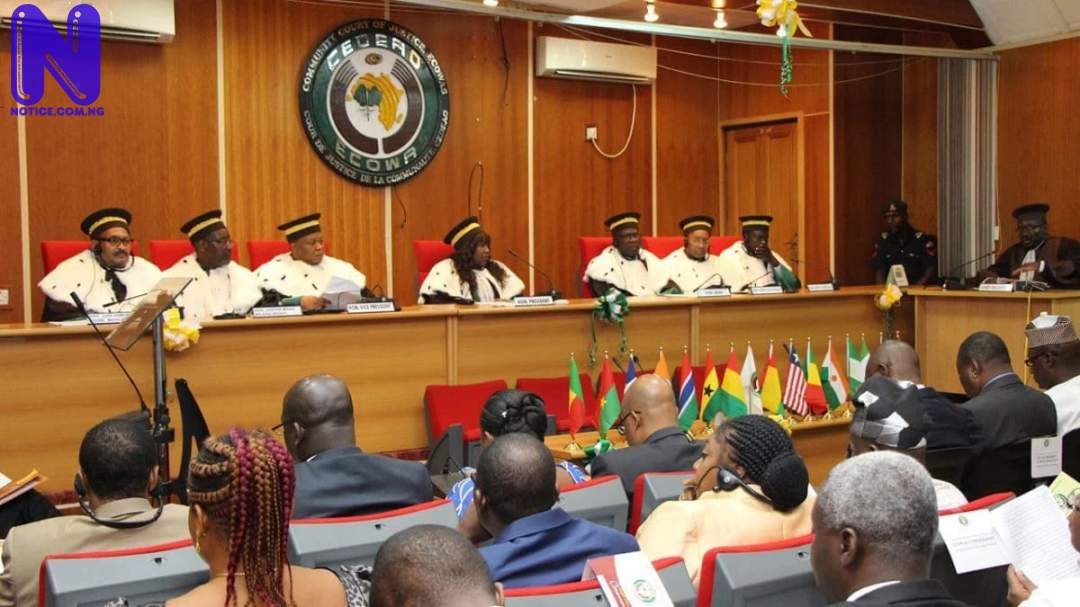 Judges of the ECOWAS Court led by Justice Dupe Atoki have ordered the Nigeria government to pay N10million each to two citizens for the inhuman and degrading treatment they suffered while on death row.
Also on the panel were Justice Januaria Costa (judge rapporteur) and Justice Gberi-be Ouattara, who stood in for Justice Keikura Bangura.
The first and second plaintiffs, Abu Dennis Uluebeka and Mary Bahago were on death row for 15 and 20 years respectively.
The sentence for Mary was later commuted to life imprisonment from October 2018.
Abu has been released from prison custody, his representative told the court.
In awarding the compensation, the court held that the prolonged delay while “awaiting execution in conditions of severe detention where they experienced constant anguish, fear, physical and mental suffering reached the level of severity that constitutes cruel, inhuman and degrading treatment prohibited by the African Charter”.
Justice Costa stated that the court was able to conclude that there was an infringement on their rights not to be subjected to torture and inhuman treatment.
However, the judge said the court could not find sufficient and convincing factual evidence to confirm Abu and Mary’s claim that they were not receiving the needed medical care and treatment while in detention.
Their suits ECW/CCJ/APP/45/18 and ECW/CCJ/APP/42/18 filed separately were consolidated following the directive of the court.
Abu, 88, and Mary, 48, were detained at the Kirikiri Maximum Prison in Lagos and Suleja Prison in Abuja.
They alleged the violation of their human rights, right to a fair hearing, right to appeal, due process of law and effective remedy while under threat of secret execution by the government.
The plaintiffs submitted that they were convicted for murder and sentenced to death by hanging and while awaiting execution detained in inhuman conditions and subjected to torture.
They also alleged denial of satisfactory legal representation during the trial and have exhausted all their chances and opportunity of appeal.
Abu and Mary further stated they were recommended for amnesty by the Federal Board and Committee due to their chronic medical condition and ill health.
They told the court that they suffered extreme mental torture, inhuman and degrading condition having been kept on death row for more than 15 years and without access to adequate medical treatment.
Two foundations, The Incorporated Trustees of Centre for Peace and Conflict Management in Africa Foundation and Rethink Africa Foundation filed the suit on behalf of Mary Bahago.