Ebubagu not after ESN, IPOB in south easth – Umahi - Biafra 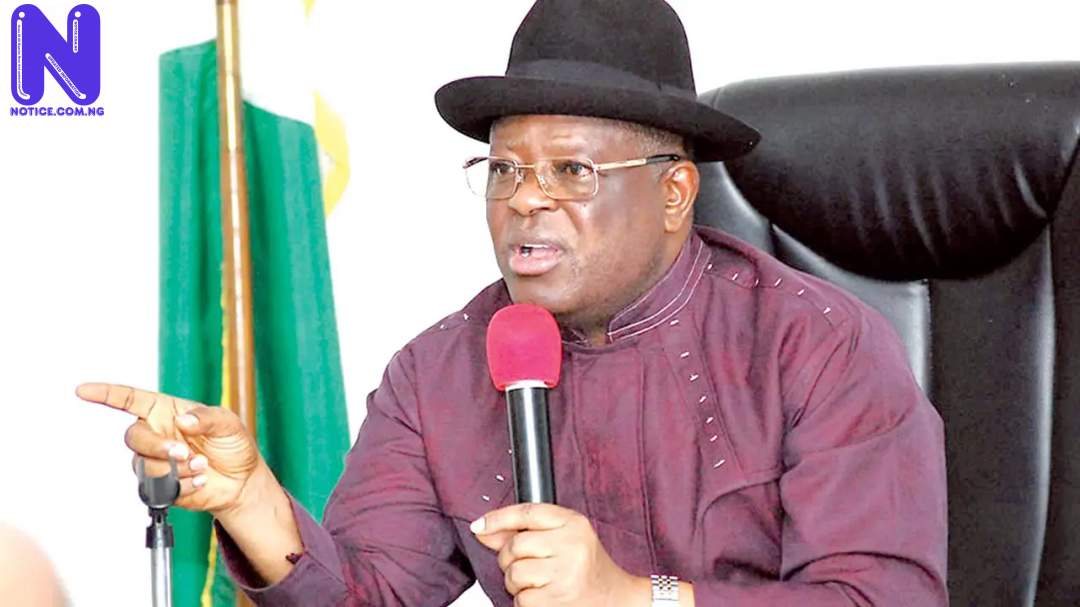 The Chairman of the South East Governors forum and Governor of Ebonyi State, David Umahi, on Friday said that Ebubeagu security outfit is not after the EASTERN Security network and Indigenous People of Biafra, IPOB, contrary to the rumour making the rounds in the region.

The governor equally said no member of the indigenous People of Biafra, IPOB, ESN is after him as rumoured by people in the state.

The governor made this known while commissioning and handing over over 60 hilux vans and Siena cars to police, DSS, Ebubeagu outfit and other security agencies in the state, which took place at the new governors lodge, Ochiudo city, Abakaliki, Ebonyi state capital.

Umahi, in spite of that, faulted the announcement of 2023 election time table by the Independent National Electoral Commission, INEC, at the time the nation is undergoing seroius insecurity.

He also announced his preparedness to dialogue with Ebonyi youths, groups and vowed to empower them but takes them to stop further destruction of lives and properties in various areas of the state.

He said: “Let me correct an impression, no criminal is after the governor of Ebonyi state. No IPOB member or ESN is after Ebonyi state governor.

“What happened two days back was not the activities of IPOB or ESN but a pure criminality.

” Our nation is much in a cross road. This is the time that all leaders should take responsibility. I was shocked that they have announced date for the 2023 election. It is unfortunate because eyes are on this. The nation is quiet challenged now.

“It is not a matter of Mr President or the matter of the governor. All leaders must take responsibility at this stage because it is not what we preach in public is the issue, it is when we are confronted with a decision that we seitcure the future of our children.

“I keep saying, no man takes this money to the graze because this problems we are into is because we leaders failed to secure the future of our children and still we have not changed. It is a time to have a rethink.

” The resources of this nation can build this nation. It is not about EFCC or ICPC, it is you and God and that is the problem with this country. What do we do with the resources that are given to us?

“There is no segment of Nigeria that is not bitter with itself or with the government. This is a time to forget the issue of whether you are banned or not. We should not pretend that all is well when it is not. What is happening is beyond political parties. If we had engaged the youths, we would not be where we are today,” he stated.