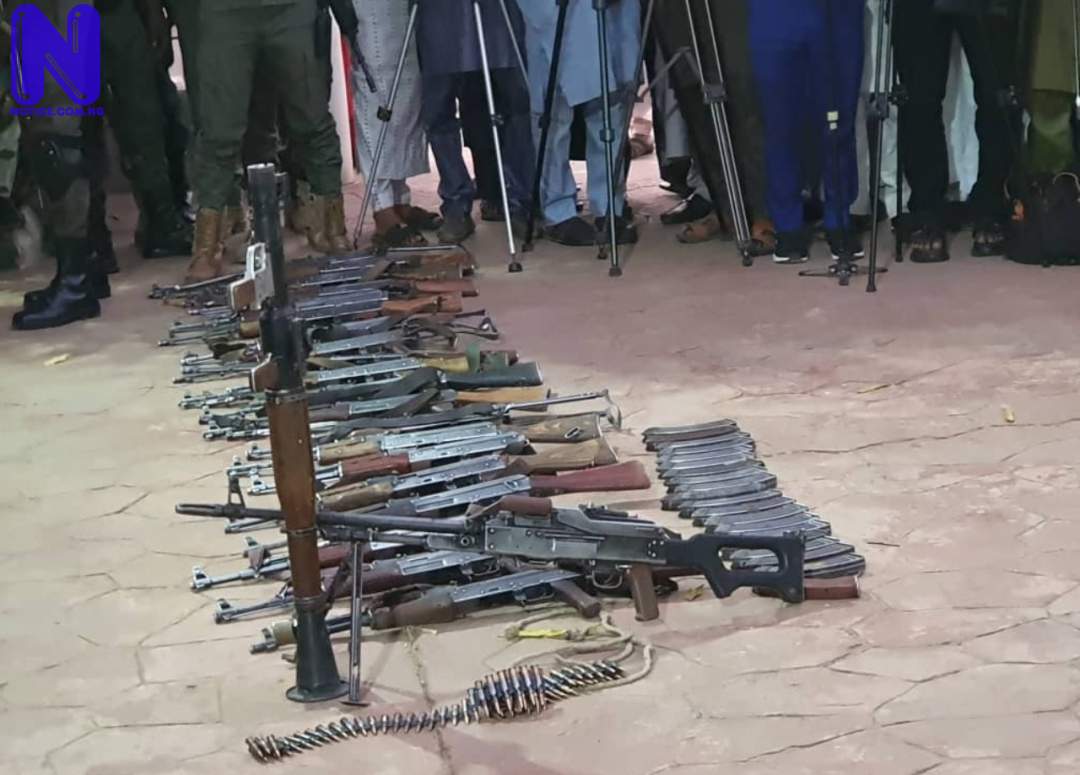 The Zamfara State Government says its sustained dialogue with bandits was producing results.
Commissioner of Security and Home Affairs, Abubakar Dauran, said more gunmen had submitted their weapons.
He spoke on Tuesday at a joint press briefing with the Police at the State Command Headquarters in Gusau.
Daura commented on the arms a bandit leader, Daudawa and his followers gave up on Monday.
“These 20 AK47 riffles were surrendered at once by just one gang of repentant armed bandits and l can tell you, each of these weapons is capable of killing 2,000 persons”, he said.
Commissioner of Police, Yaro Abutu, assured that the command would continue to support government’s peace initiative.
He said the command had rescued many kidnapped victims and recovered several arms and ammunition from repentant bandits in recent months.