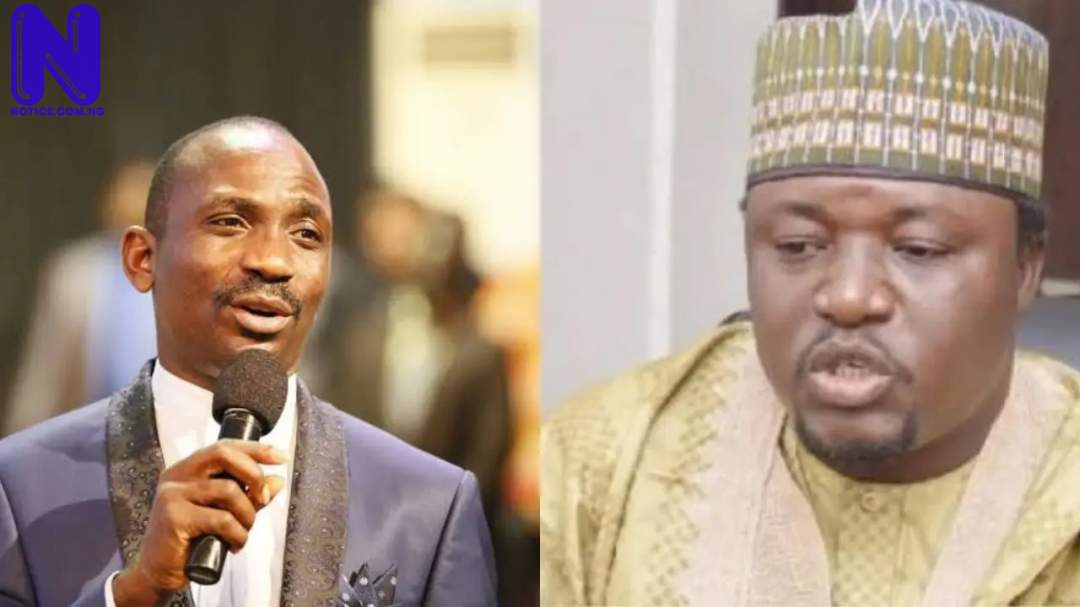 The Arewa Youth Consultative Forum, AYCF, on Monday, described Pastor Paul Enenche of Dunamis International Gospel Centre as a “quack” man of God and an agent of destabilisation.

AYCF President-General, Yerima Shettima, who spoke exclusively with Press made the remark while maintaining that nobody can Islamize the North, talk more of the entire Nigeria.

Shettima was reacting to Enenche’s claim that Boko Haram was a plot to wipe out Christianity and Islamize the entire country.

Addressing his members at the church’s headquarters in Abuja, the clergyman had claimed that the insecurity issues being witnessed in the North was a war aimed at wiping out the practice of Christianity from Nigeria.

The visibly angry preacher had made the claim while recalling how Boko Haram killed the Chairman of the Christian Association of Nigeria, CAN, in Michika Local Government Area of Adamawa State as well as some students from the University of Maiduguri.

in spite of that, Shettima stressed that the Dunamis Pastor was only making such claim for his selfish interest.

As stated by the AYCF President-General: “Those are ideas been conceived by fifth columnists, how can somebody ever imagine that even the North can be Islamized talk more of the entire country. Those are fifth columnists that would wake up from their slumber, hangover and start making such claims.

READ ALSO >>> There is war to Islamize, wipe out Christians in Nigeria – Dunamis Pastor, Enenche - Insecurity

“There is no state where the law is being forced on any other religion, so we should stop thinking as if we are in the 15th century, it’s not done anywhere.

“Please, let’s talk about something better and not about all these agents of destabilization saying fake things just for their selfish interest. How can you Islamize the Northeast not to talk of the entire country?

“I’m sick and tired of these so-called quack men of God who just sit down in their comfort zone and speak lies just for them to earn their selfish interest. Nobody can Islamise Nigeria.”