DSS planned to kill me, said I won’t walk out of detention alive – Sowore (VIDEO) 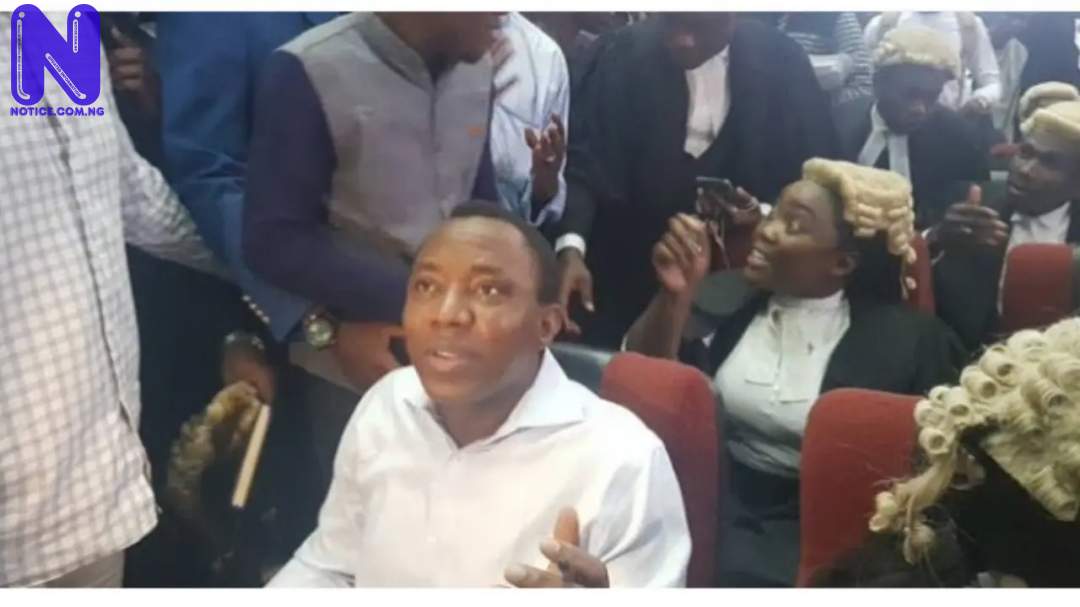 Omoyele Sowore, convener of RevolitionNow Movement, on Friday disclosed that operatives of the Department of State Services, DSS, vowed that he won’t walk out of detention alive.

Sowore made the disclosure while DSS operatives attempted to re-arrest him in the courtroom of an Abuja Federal High Court.

He stated that the threat was issued following his refusal to compromise.

As stated by Sowore: “Nigerian People should know that I’m not going to give up until every Nigerian benefit from a country that is theirs.

“They tried to break me in prison, sent delegations to me offering all kinds of things and I refused. They promised that I would not walk out of their detention alive and that is what they came here to implement today.

“Nobody in Nigeria should be afraid, this is our country and some people have to make the sacrifice for it to be a place of rule, law, and justice.”

Operatives of the secret police had invaded the courtroom in an attempt to pick him up but were prevented by those around.

This is coming less than a day after he was released by the DSS after an Abuja Federal High Court ordered for his release within 24 hours.

Justice Ijeoma Ojukwu also ordered the DSS to pay the sum of N100,000 to Sowore, for refusing to release him on bail despite two court orders to that effect.

The judge consequently adjourned the trial of the case brought against them by the Nigerian Government until December 6 for continuation. VIDEO: You Cannot Break Me, Sowore Speaks As DSS Attempt On His Life In Court

“DSS promises I would not live their detention alive” pic.twitter.com/kgp51ZXhFD