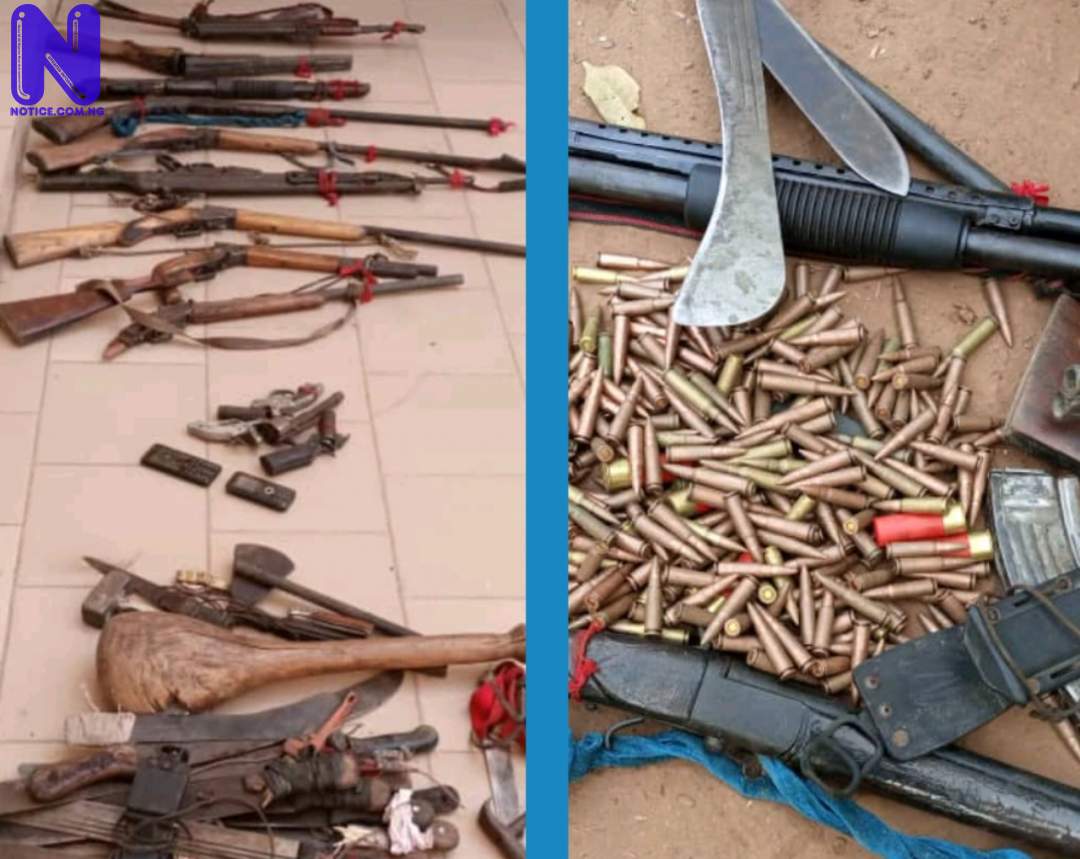 Nigerian security forces have discovered an arms store at Effium in Ohaukwu Local Government Area of Ebonyi State.
An intelligence source told PRNigeria on Saturday that a combined team of agents stormed the location of the arsenal.
The sting operation was carried out by the Department of State Services (DSS) and the Nigerian Army.
Items recovered included AK-47 rifles, one G3 rifle, one pump action rifle, one double barrel dane gun, five single barrel dane guns, two locally made pistols, and one locally made revolver pistol.
Also found were nearly 600 different calibers of ammunition inclusive of those for General Purpose Machine Gun (GPMG).
Suspects arrested during the operation have been taken into custody for interrogation and prosecution.
Locals believe the Indigenous People of Biafra (IPOB) and sponsors of the Ezza-Effium crisis are owners of the stockpile.
Witnesses said four persons apprehended during the raid were alleged members of the group.
They added that a shrine which served as a protective shield for IPOB and others was uncovered.
DSS spokesman, Peter Afunanya, did not confirm or refute the operation.
He said it is not out of place for the security arm to collaborate with the Army and other law enforcement agencies.
Afunanya assured of DSS commitment to maintain the internal security of Nigeria.
Last week, Ebonyi State Government constituted a judicial commission of inquiry for the Ezza-Effium communal war.
A number of citizens have been killed in recurring clashes. The general area remains volatile.