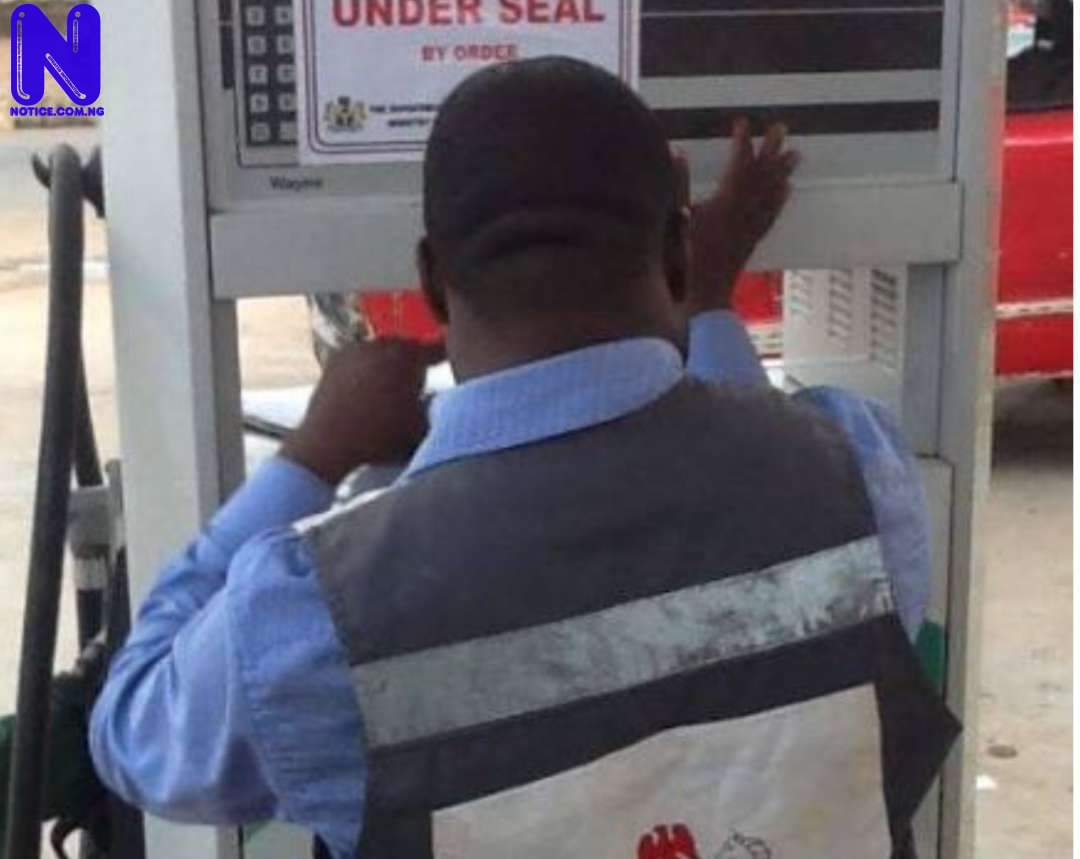 The Department of Petroleum Resources (DPR) has shut down five filling stations in Adamawa State for dispensing less fuel than requested and paid for by customers.

The acting Controller of the DPR in the state, Dr. Laminga Mohammed, said the sealed stations were found to have indulged in gross under-dispensing, and threatened to withdraw their operational licenses for sabotaging government’s efforts to improve the economy and raise the standard of living of the people.

The DPR coordinator who sealed the five filling stations on Friday in different local government areas in southern Adamawa during a routine monitoring exercise, emphasized that the DPR would not fold its hands and watch marketers sabotage the economy of the country and cheat Nigerian People.

He told newsmen at one of the stations, “In this filling station, based on the meter we tested now, if you buy 10 liters, you get only eight liters, so a buyer loses two liters. It is unacceptable.”

Mohammed who vented his anger on the operational staff of a particular station, told the staff that their act was not different from robbery, as they collect money from customers without giving them what they pay for.

He said, “I wonder why people engage in this unholy practice to make money. Without criminally adjusting your dispensing pump, you can still make good profit, so why cheating people of their hard earned money?”

He urged motorists to report sharp practices in any filling station to DPR, as the DPR needs the cooperation of the public to tackle sharp practices by petrol pump attendants.