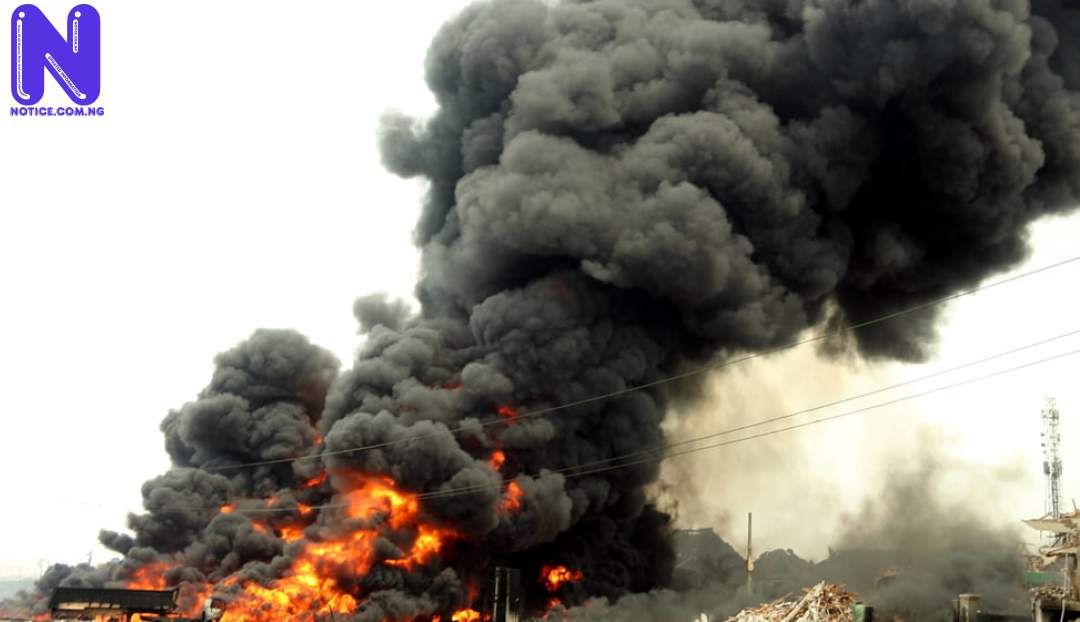 Despite the havoc caused by floods in Lokoja and other parts of Kogi State, four family members affected by the flood have been involved in a gas explosion.

Press learnt that the incident happened on Wednesday 28th September 2022 at Adankolo a suburb of Lokoja, the Kogi State capital.

It was further learnt that, after the flood drove them out, they secured temporary accommodation elsewhere within the community.

Unfortunately, Press learnt that, after they moved into their new place as they were trying to use gas to cook, it suddenly exploded, affecting four of them with severe life-threatening burns which has left all of them in critical conditions.

Press correspondent in Lokoja, who visited the gas victims who are all admitted at the Federal Medical Center Lokoja, observed that they are all in a critical condition with bandages and plaster all over their bodies.

One of the gas victims family member, Godwin Wanbebe, who spoke to Press on Sunday said the family have spent all they have on their treatment and still need more to offset bills incurred.

He said “At their new temporary abode after settling down decided to prepare something to eat and so they brought out their gas and lit it.The cylinder exploded immediately it came in contact with flame.

“The explosion of the gas has been attributed to the hurried way and manner with which they packed their belongings to avoid being taken over by water, probably the cylinder had somewhere it was leaking and that explained why it exploded.

“The family is calling on well-meaning citizens in the society to help save their lives. We, therefore, solicit the support of well meaning Kogites and Nigerian People so as to offset bills incurred. Nothing is too big or small.God will bless you all as you come to their aid”.