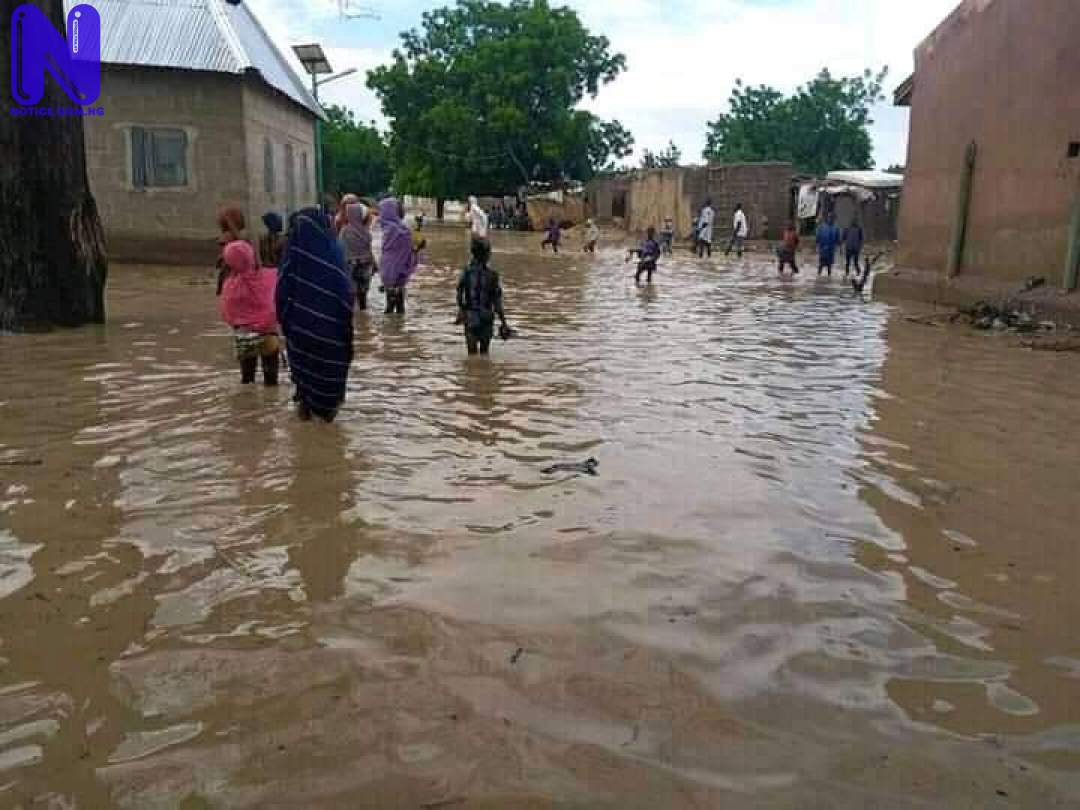 Flood has taken over some parts of Jakusko town, the headquarters of Jakusko local government area of Yobe State, following a heavy downpour.

Yesterday’s heavy rainfall in the town also destroyed many houses, property as well as other valuables, sacking many families with some of them still counting their losses.

The Yobe Emergency Management Agency, (SEMA), who spoke to journalists following the flood incident informed that Governors Mai Mala Buni has directed the agency to carry out an assessment and respond to the plights of affected victims.

“On a very sad note, Jakusko town the headquarters of Jakusko LGA was yesterday affected by the flood as a result of a heavy downpour on 21st July 2021.

“Assessment is ongoing to ascertain the exact cause and number of households affected”, the Agency stated.

In another related development, a fire outbreak has razed a security formation in Jakusko town, affecting more than thirty personnel who were residing in the location.

SEMA has pledged to respond to the immediate needs of the affected operatives to cushion their hardship, considering their role in supporting both emergency response and security of lives and property of people in the area.

“Jakusko LGA Chairman, security personnel and SEMA are leading the assessment of damages and response will follow accordingly within available resources, as directed by His Excellency Governor, Mai Mala Buni”, it noted.